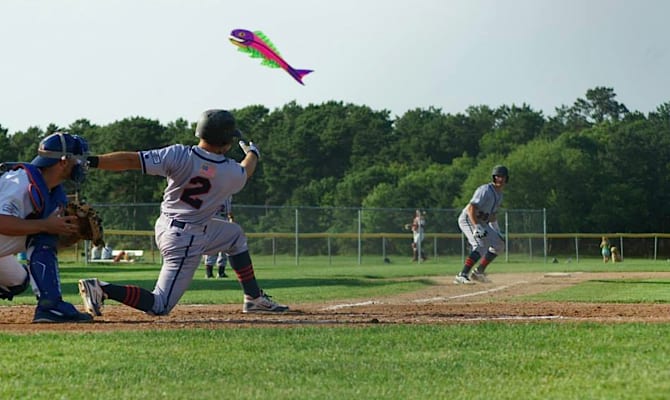 In the past decade, no state has matched Massachusetts when it comes to professional sports — the Bruins, Celtics, Patriots, Red Sox and Revolution have all taken home championships, and there’s been no shortage of exciting moments. While the pro sports teams are always a treat to see, they aren’t the only ones putting on quality, family-friendly sporting experiences.
The Cape Cod Baseball League, which draws in some of the best amateurs from around the country for a few months of summer ball, is a staple of life on the Cape. As folks say, it’s your chance to see the stars of tomorrow shine tonight.
Check out our latest video feature on all that the Cape Cod Baseball League has to offer:

Since its founding back in 1885, the Cape Baseball League has come a long way. The league now counts ten different teams, from Wareham to Orleans. The regular season runs over the course of three months, from the second week of June to the first week of August. The playoffs, which follow the end of the regular season in August, feature some of the best baseball around, professional or amateur.
If you need proof of the quality that the Cape League produces, just take a look at the league’s MLB alumni. White Sox rookie Josh Phegley also just became the 1,000th former Cape League player to put on an MLB uniform, a true testament to the league’s caliber.
Even with all that talent, experiencing a Cape League game won’t empty your wallet. In fact, the games are totally free!
The league is run as a non-profit with the mission of delivering affordable, family-friendly entertainment. The teams also put on youth clinics, ensuring that today’s generation of ballplayers will be followed by another. You can find directions to the field nearest you here.
If you’re stopping in town to catch a Cape Cod League Game or any of the Cape’s other various attractions, there’s a bevy of things to do and places to stay.