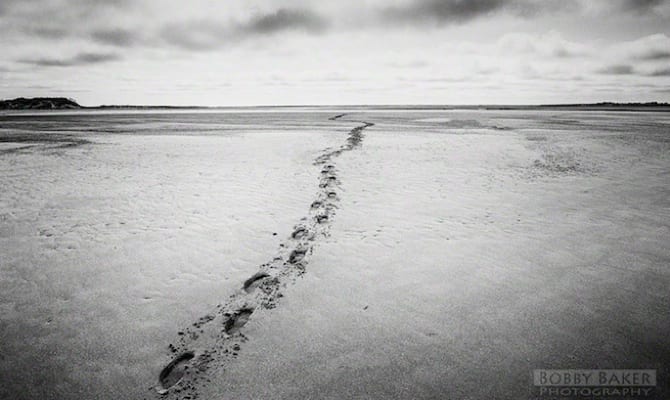 Award-winning photographer Bobby Baker’s work is shaped by his ongoing love of seaside life. The Caribbean, Mexico, and the Florida Keys have all served as inspiration for his work, but the driving force for his creative eye remains coastal Massachusetts; so much so that his work the past several years is almost entirely shot on Cape Cod and the North Shore.
“I think the first time I ever crossed the Sagamore Bridge on to the Cape, I immediately fell in love with Cape Cod,” says Baker. “The enduring beauty of the Cape’s beaches, the magical and quaint “vibe” of towns like Chatham, the salt air and sun, and the people of the Cape all add up to something very special.”

While the affection for those elements of the Cape may be in common with the thousands who visit each year, the connection with Cape Cod from an artistic point goes much deeper for Bobby.
“I have shot many, many photographs of beautiful sunsets, sunrises, and seascapes on the Cape, but my black & white work often digs much deeper into feelings and emotions that only Cape Cod has brought to my work. The serenity that I have been able to capture with my photography around Chatham and Orleans has drawn acclaim from followers and galleries; people have reached out to tell me that looking at my work has made them actually feel better, creating a calming, happy effect. Others have written to say that they “feel” the Cape from afar through my work. I always strive to capture the special feeling that only Cape Cod provides me, and when I get confirmation of that from people observing my work, it is extremely rewarding.” 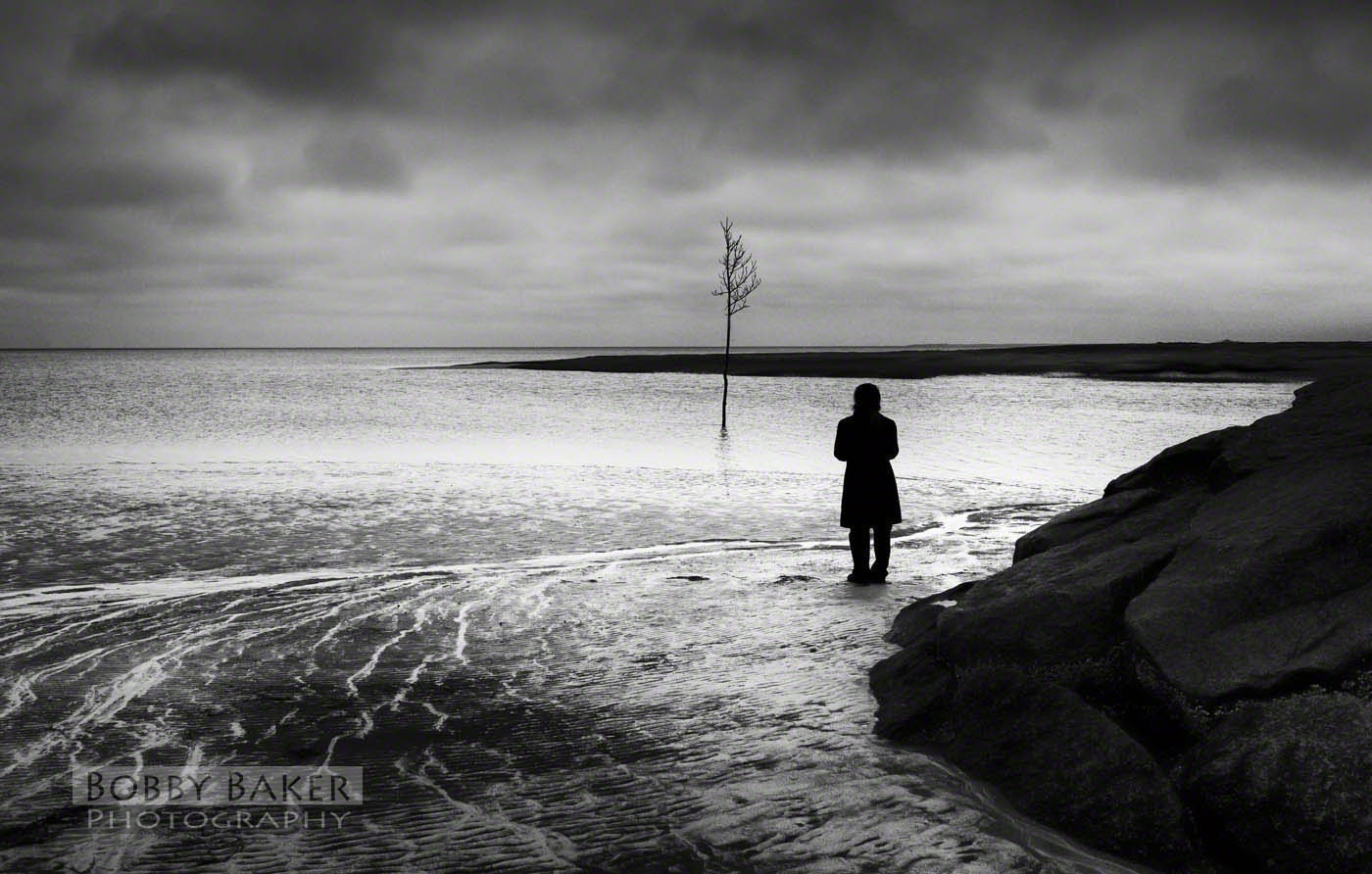 “Alone Together” by Bobby Baker

Of the featured photographs in this post, Baker says, “Rock Harbor Reflection” has become one his most recognized images. 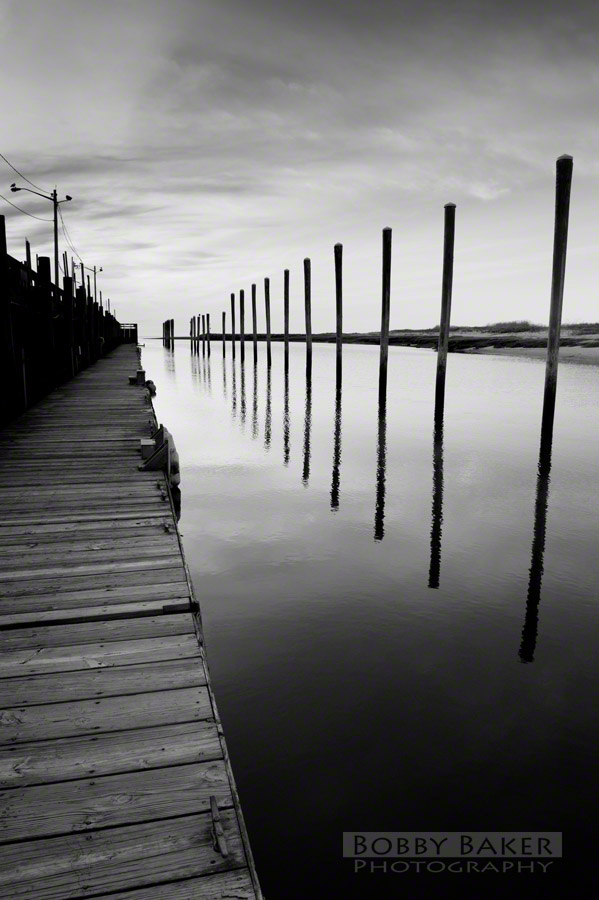 “This was shot on a chilly April day, when obviously all the boats – and most people – were still away for the season. I, like many others, had shot numerous sunsets at Rock Harbor in Orleans, but this day provided me a feel and visual, like no other time. “Alone, Together” was yet another Rock Harbor capture, this one in the cold of a February winter day. “Elemental” was shot on an early July summer day; the most basic, elemental feeling of calm. This was taken in the waters off Morris Island, Chatham. “Chatham Fleet” also captured on a July summer day, is one of a series of photographs I have taken as a salute to the fisherman of Chatham; shot at the Fish Pier, Chatham. “Lead, Never Follow” was the message I felt when I turned and looked over this stretch of beach on Plum Island, Newburyport on the Massachusetts North Shore. Another North Shore image is that of “Grim Reaper”, taken in Gloucester. I am always drawn to Massachusetts’ fishing fleets and on this Fall day, just a few weeks before Halloween, this image seemed to be so fitting!” 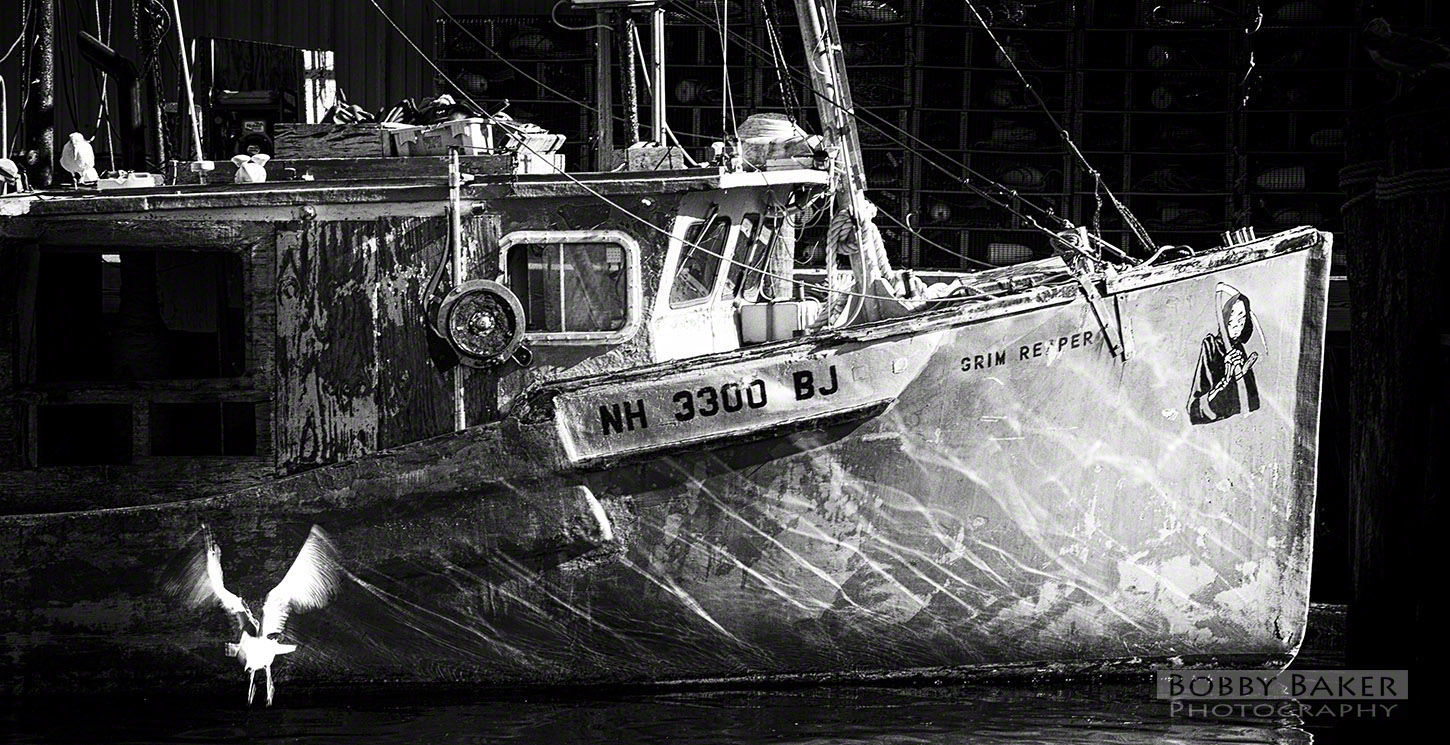 A photographer and what he calls “Massachusetts magic” combine to create art with the singular goal of sharing that magic with others through his photographs. Bobby says, “There is no place I would rather be than on The Cape; there is no place more rewarding for my artistic eye.”

Bobby Baker is a Juried Artist of the Copley Society of Art, Boston; The Cape Cod Art Association, and the Marblehead Arts Association. His fine art photography work may also be seen on the artist’s website at www.bobbybaker.com. You can also find him on Facebook and Twitter.