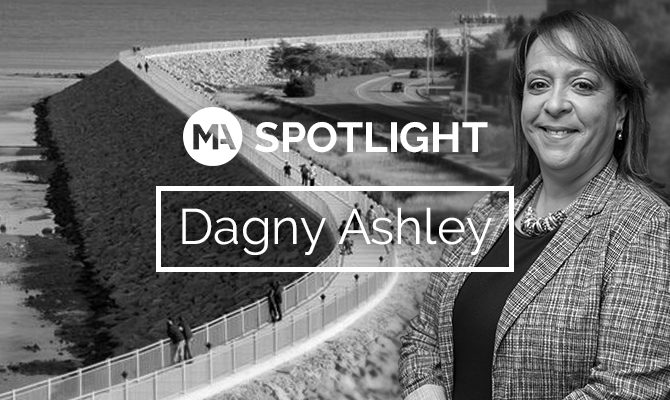 Dagny Ashley is Director of Tourism & Marketing at Destination New Bedford, the city’s official tourism agency. A proud native of New Bedford, Dagny has worked in travel and tourism for most of her career, including stints at the Bristol County CVB, Southeastern Mass CVB and Massachusetts Office of Travel & Tourism.

New Bedford has quite a festive holiday season – what do you recommend to visitors this month?
Our Annual City Sidewalks on December 14, presented by AHA! (Art, History & Architecture), offers caroling, shopping, dining and Santa’s Workshop.  Zeiterion Performing Arts Theatre has classic holiday shows such as A New England Nutcracker, A Christmas Carol, Holiday Pops plus the Mayor’s free holiday movie night. The Buttonwood Park Zoo’s programming with the animals is a major hit with the kids. The Preservation Society’s Annual Holiday House Tour inspires visitors with the varied architecture and beautifully decorated interiors. 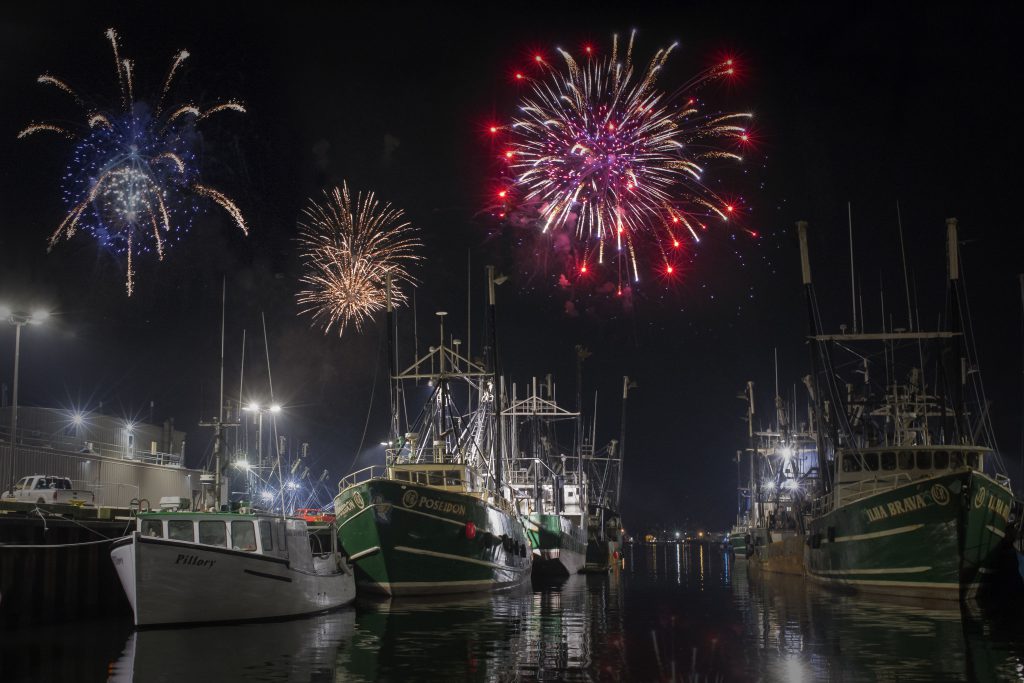 Fireworks over the water on New Year’s Eve

For outdoor activities, we recommend Santa Sightings 5k Run/Walk – how cool is hundreds of runners in Santa costumes blanketing the streets along the course?! The city provides free pictures with Santa & Mrs. Claus plus free horse & carriage rides along downtown’s cobblestone streets.  The holidays culminate with City Celebrates New Year’s Eve in the Seaport Cultural District. Festivities include fire eaters, ice sculptors, live music, stilt walkers, a digital graffiti wall and more. We end the night with spectacular fireworks over the New Bedford Working Waterfront.  You can find full details of these events at destinationnewbedford.org

Tell us about New Bedford’s Arts & Culture planning
In recent years, New Bedford’s reputation has blossomed as the center for arts in the region and as a creative and inviting place for all types of artists to live and work.  New Bedford was named the “Seventh Most Artistic City” by Atlantic Monthly, ranked Ninth on Matador Network’s list of Most Creative Towns, and sixth on Bustle’s Best Cities for Young Artists. With the development of a city wide Arts & Culture Plan and a new Arts & Culture coordinator, New Bedford is poised to significantly increase its visibility as an arts & culture destination, enhancing its already-energized scene. 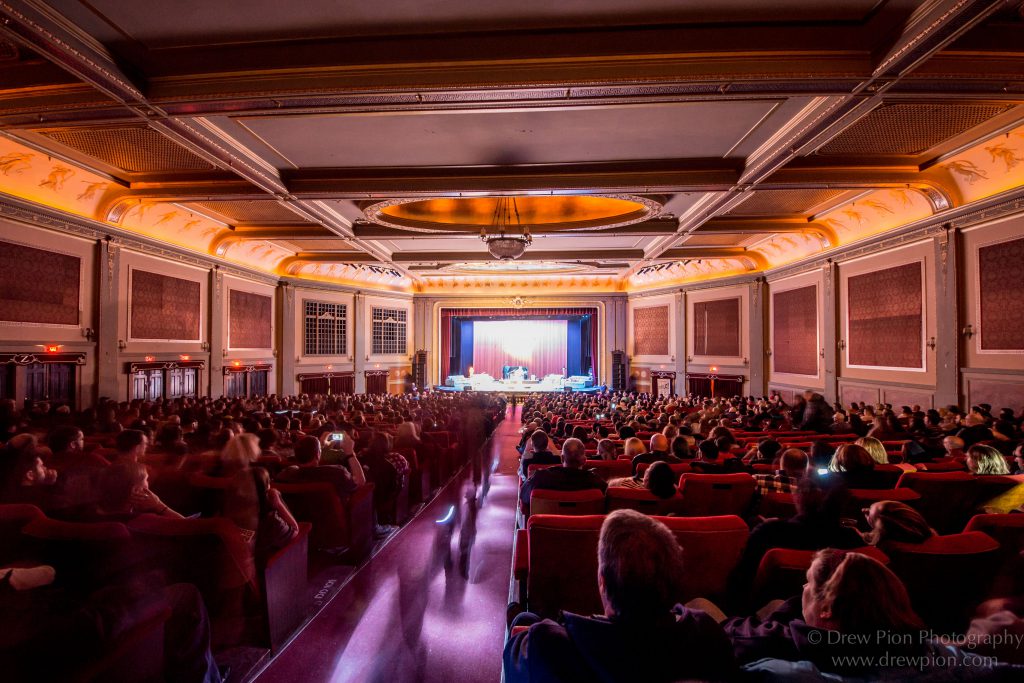 Tell us about some maritime treasures like the Harborwalk and the Moby Dick marathon at the Whaling Museum.
We are proud of our maritime traditions, a working waterfront and a beautiful harbor overlooking Buzzards Bay. Our newly installed Blue Lane atop the city’s hurricane barrier consists of Harborwalk, which connects the southern peninsula with a bike path along the waterfront to Fort Taber Park and the Covewalk, which overlooks Clark’s Cove and provides stunning views of New Bedford sunsets.

The 22nd Annual Moby Dick Marathon at the Whaling Museum on January 5-7, 2018 attracts thousands of visitors each year. The 25-hour marathon takes place in several museum galleries with a live stream reading online and across the street in the Seamen’s Bethel, made famous as the Whaleman’s Chapel in Herman Melville’s classic novel. 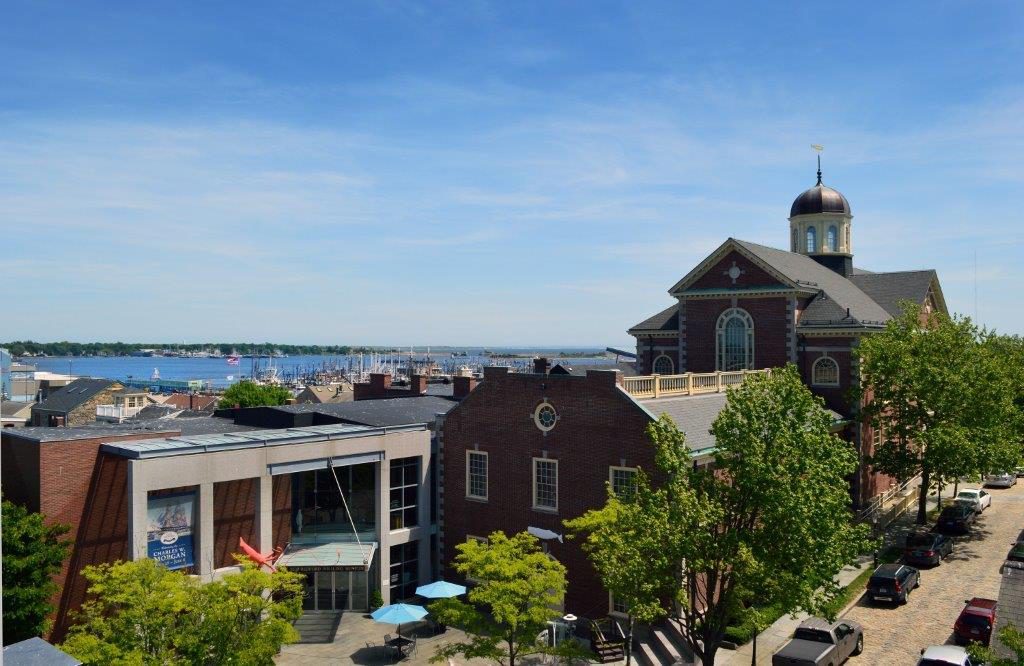 Recently the museum fully restored the quarter-mile-long “Grand Panorama of a Whaling Voyage Round the World,” the longest painting in North America. The museum is sharing the story of American Whaling to visitors in summer 2018, and is currently scouting large venues and various locations to showcase the painting. 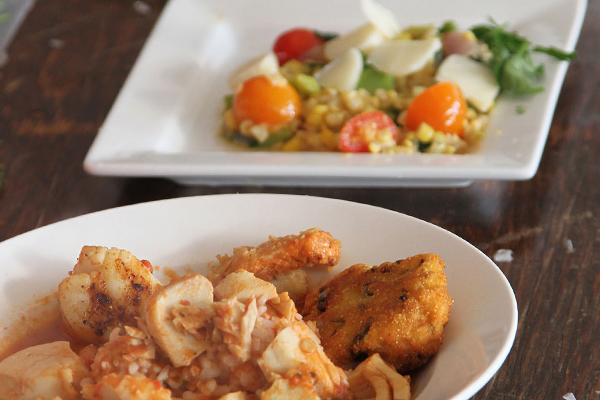 From fine dining to informal fish market stands, visitors enjoy a variety of seafood year round and also fresh produce at our year round farmer’s market. They can also savor a wide variety of international culinary dishes including authentic Portuguese cuisine, Cape Verdean dishes and Latin infusions.

New Bedford is proud home port of Schooner Ernestina-Morrissey, Massachusetts’ official sailing vessel which is currently being restored in Boothbay Harbor, Maine.  How will the return of Ernestina enhance the city’s tourism, maritime and ethnic traditions?
Ernestina’s history and cultural significance to New Bedford’s waterfront is unparalleled to any other vessel. November 2018 is the expected restoration completion date. As her homeport, her presence will enhance public awareness while showing the significance of the New Bedford fishing industry and the maritime heritage of the U.S. 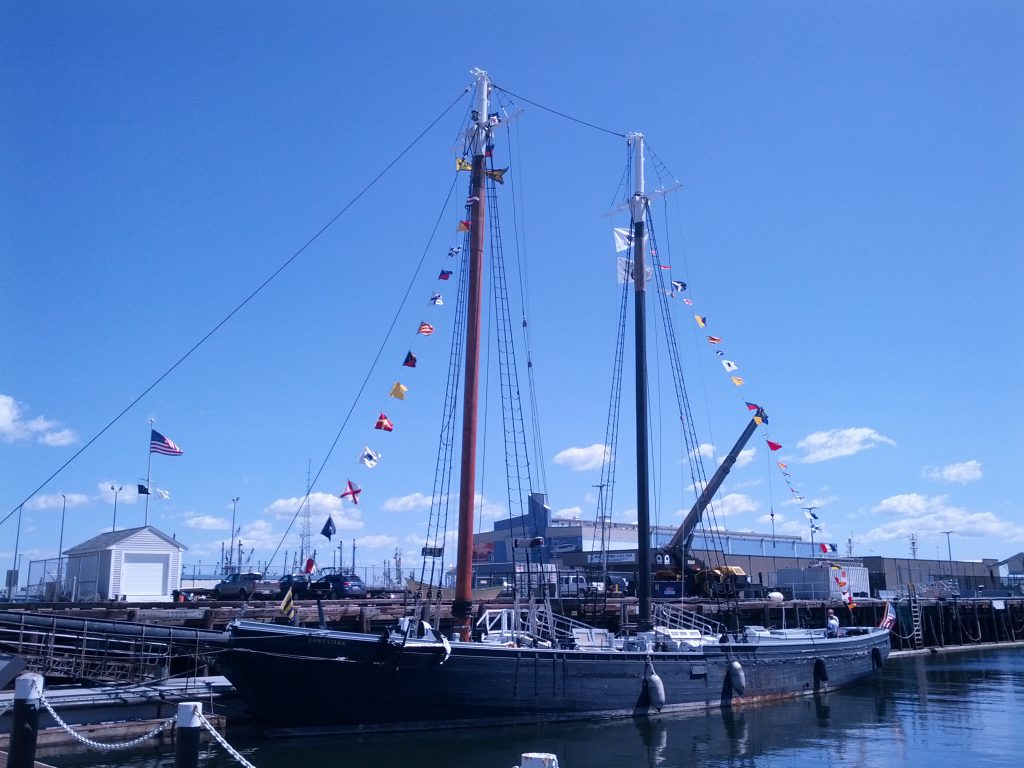 The Ernestina’s homecoming will definitely enhance the City’s marketing and tourism efforts. Vessels such as Ernestina provide an insight to a destination and can persuade travel decisions and increase visitation. These maritime assets are not only of value to our city, but to the greater Commonwealth. Stay tuned for more details on her Homecoming Celebration, sure to be the celebration of the year.