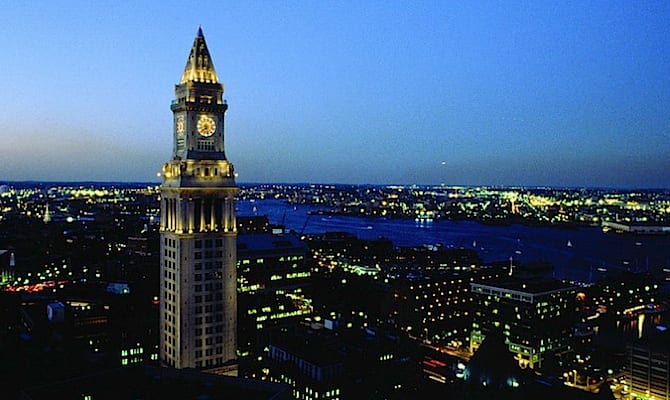 When it comes to the Freedom Trail, every step truly tells a story, and with a 2.5-mile, brick-lined stretch that touches 16 historically significant sites, the stories are rich and plentiful. But when it comes to names like Adams, Hancock, Paine, and Revere, there’s one stop along the way that encompasses a meaningfully long-lasting experience — Granary Burying Ground. 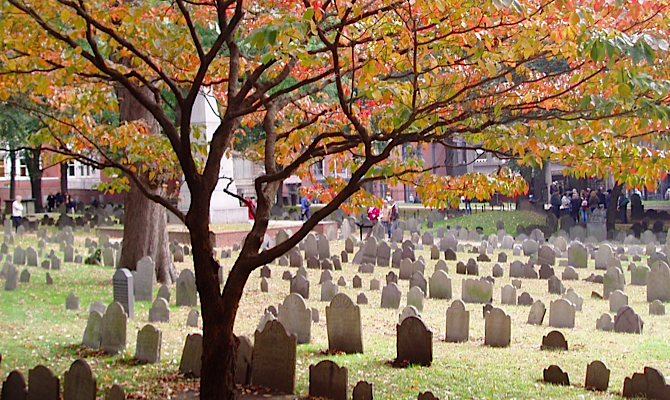 Founded in 1660, Granary stands as the third oldest burying ground in Boston, and is the resting place for a number of notable names in Boston’s history — making it one of the most famous cemeteries around today. 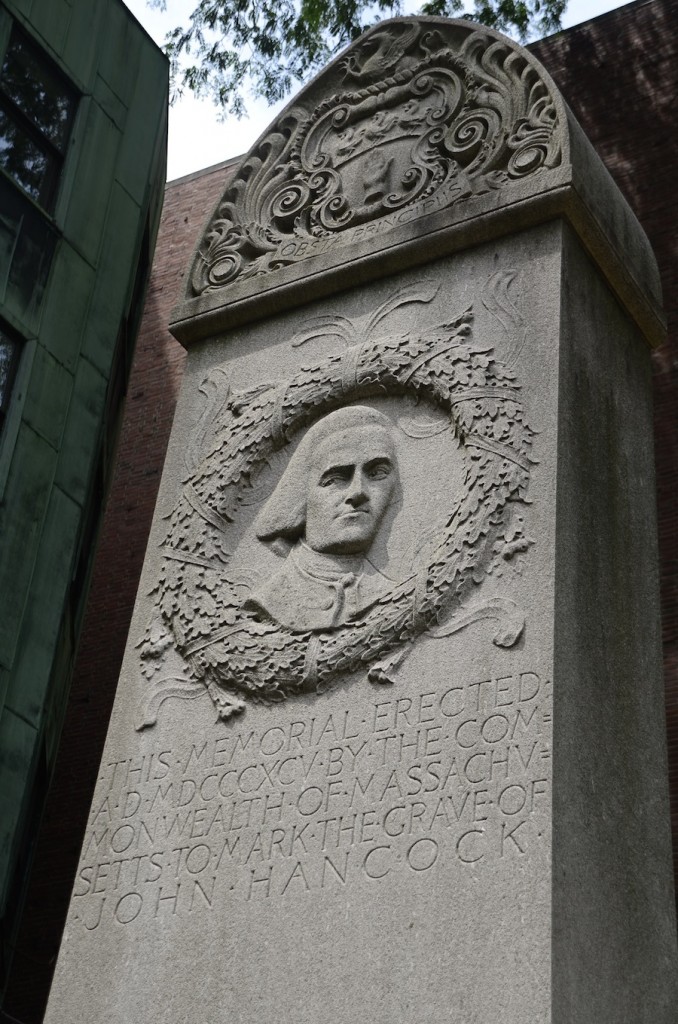 Along with a number of Massachusetts governors, mayors, and clergymen, Granary is vastly known as the resting place of three signers of the Declaration of Independence: Samuel Adams, John Hancock, and Robert Treat Paine.
Other notable graves include:

So, as with every step of the Freedom Trail, every gravestone of Granary has a unique, notable tale to be told — and what better a way to take in this rich historical experience than with a Freedom Trail Foundation guided tour.
Tours feature a lively group of Freedom Trail Players, who portray actual residents of Colonial Boston in full 18th Century dress, and lead visits to Granary, stopping at notable graves and detailing the lives and accomplishments of those buried.
You can also rent a Freedom Trail Foundation Antenna Audio Guide, which features a half hour of recorded content specific to Granary, and is available at the Boston Common Visitor’s Info Center. Digital MP3 tours are also available here, as well as guidebooks, which are available for purchase online.
When should you go?
The Freedom Trail Foundation offers daily public tours between April and November, with a reduced schedule during December through March — available for booking online.
For more information on Granary Burying Ground, click here. You can also find the Freedom Trail Foundation on Facebook and Twitter.
As for information on other historical sites and lodging in the Greater Boston area, click here.
Can’t get enough of the Boston historical experience? Be sure to also check out The Black Heritage Trail®, a walking tour that explores the history of Boston’s 19th Century African American community. 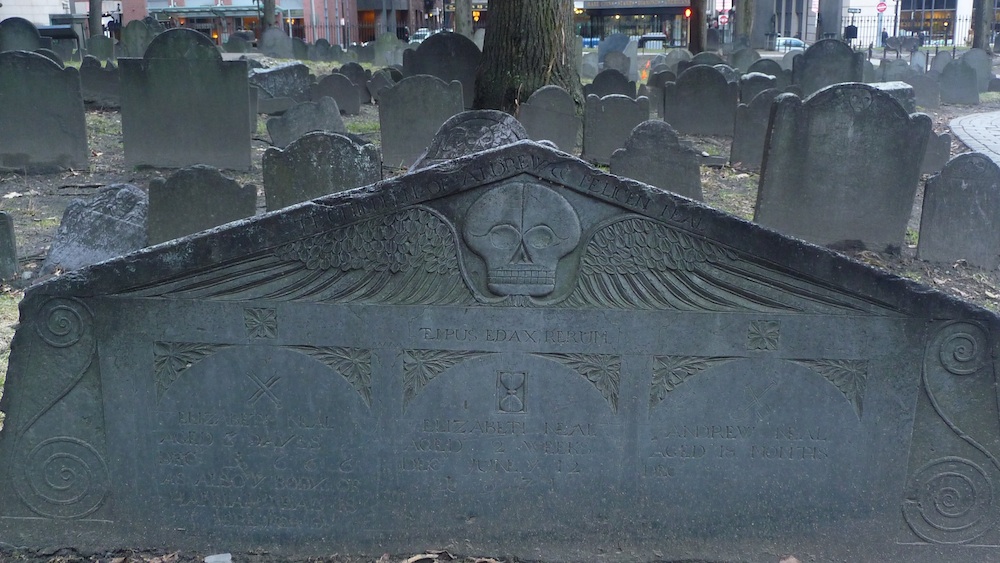