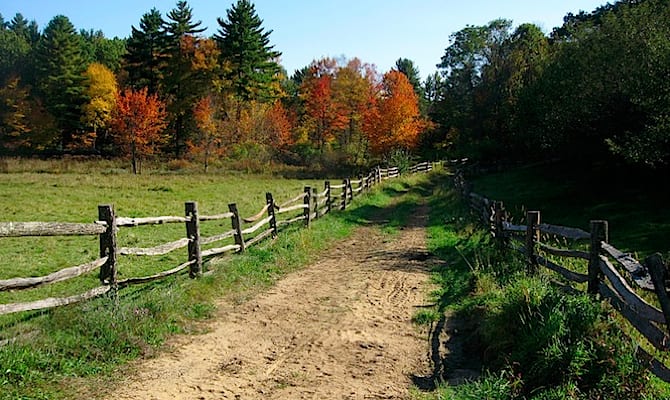 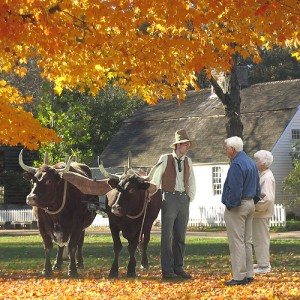 In the minds of some, thoughts of a living history museum might include butter churning, goats, and rides in horse-drawn carriages. True enough, Old Sturbridge Village in Sturbridge has all of these things, but in keeping with the “living” part of their name, they keep things lively with a palette of activities that includes baseball games played in 19th-century fashion, an antique sleigh ride rally, and the opportunity to take in an authentic New England meal based on 19th century recipes.
I’m a bit of a sucker for these types of places, as I write about history, geography, and other related subjects, and on my visit, the first thing I noticed was the passion that the various employees brought to each of their positions. Whether they were working in the printing office or the shoe shop, everyone I encountered seemed to take their roles quite seriously, and they were all extremely knowledgeable.
One highlight for me was passing by the tin shop, where I encountered master tinsmith and jack-of-all-trades, Jim DeWolfe. Jim taught industrial arts in nearby Wilbraham for many years, and it seemed like a natural fit for such a position. He’s been at Old Sturbridge Village for 14 years, and he became part of the community here when he responded to an advertisement looking for “interpreters and/or teachers”. 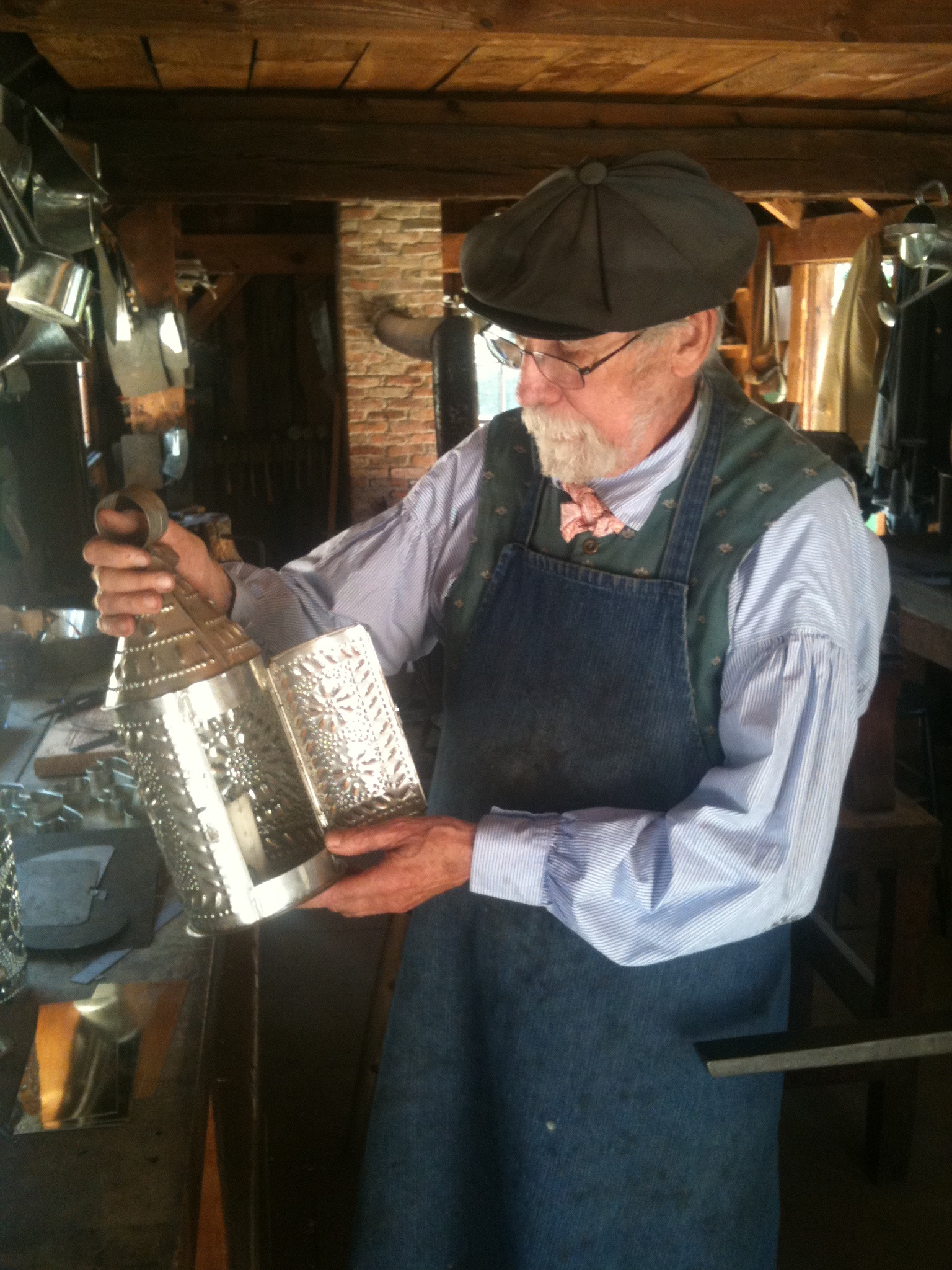 Jim shows off one of his pierced tin lanterns.
In the twenty minutes I spent talking with Jim, he wove a tale of how the government came to encourage people to “get the lead out,” along with talking about the long history of tin manufacturing, and offering up some sage commentary on the role of a tinsmith in a New England village in the early 19th century. The whole experience was a real delight, and I also learned that Jim is a living history museum jack-of-all-trades: he also steps into the roles of potter, lawyer, and banker as needed around the premises. 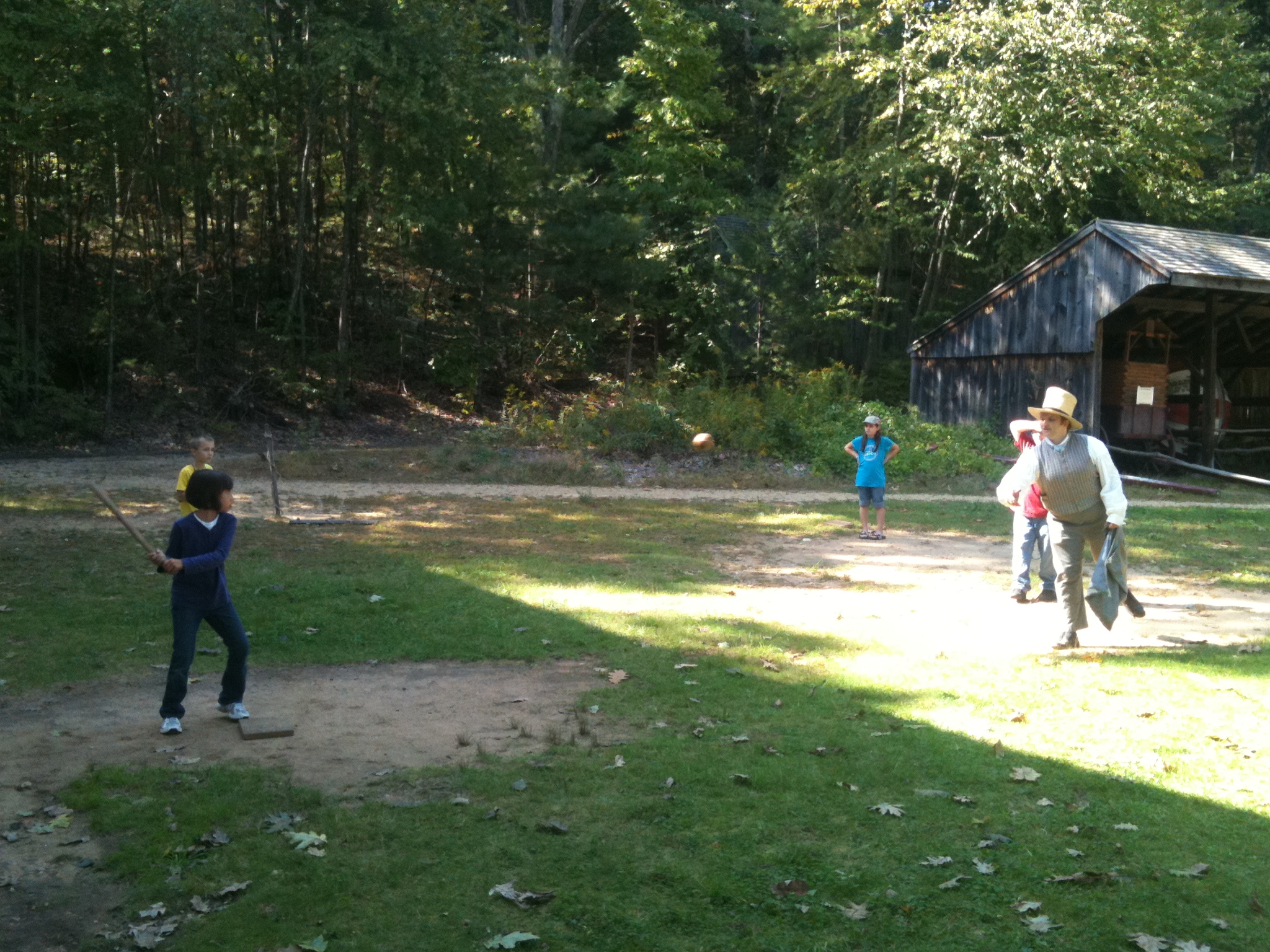 Learning about baseball in the Old Fashioned 19th Century Manner.
Obviously, there’s much more to do at Old Sturbridge Village, and it’s not an exaggeration to say there’s something for everyone here. Before you head on out to explore the grounds, you’ll want to check out their online tour, and also maybe even take a look at their selection of historic recipes.
Max Grinnell is a writer based in Cambridge, MA, who writes about cities, public art, geography, travel, and anything else that strikes his fancy. He’s the author of several books, and his next book, “Secret Chicago,” will be published in fall 2012. His writings can be found online at www.theurbanologist.com and he tweets over @theurbanologist.