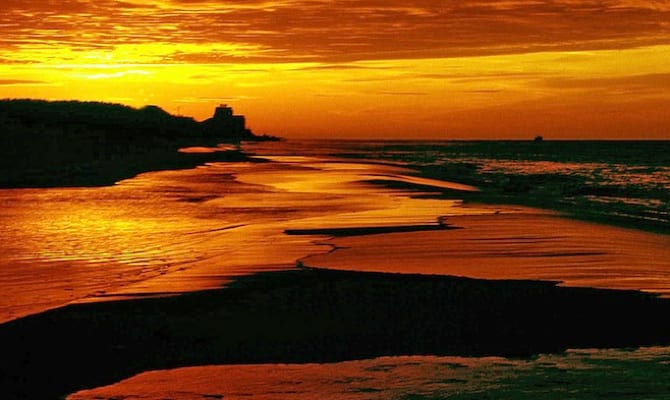 Making the decision to get married in Massachusetts turned out to be the easiest. Both of us are from the state, we’ve spent most of our lives here, and the majority of our friends and family are within an hour drive of Boston. Massachusetts paved the way for gay marriage almost ten years ago, making it the most sensible choice for a wedding.
But choosing a location to honeymoon proved tricky – at first, at least. When a couple has the world before them – as we did – there are thousands of places we could escape to: Europe, Hawaii, and Australia all came to mind. In fact, we originally planned to go on a Mediterranean cruise leaving from Barcelona.
We realized international travel would get expensive. Airfare to and from Europe, to cite one example, would gobble up a disproportionate amount of the honeymoon budget at a time when cash was unusually tight, following the wedding.
Quickly, we began to look closer to home: Maine, New Hampshire and Rhode Island were now in consideration.
But we soon realized a major oversight: the two islands off coastal Massachusetts. We both grew up in Massachusetts, but neither of us ever traveled to Nantucket or Martha’s Vineyard.
After spending some time on popular travel rating sites exploring accommodations, activities and transportation options, we quickly came to view Nantucket quite favorably.
Unsure how this would go over in our social circle, we floated a trial balloon: rather than the Mediterranean, we would go to Nantucket!
Expecting that our friends would prefer to hear of the exotic locale we’d chosen for a honeymoon, we were pleasantly surprised by the positive response.
The wedding came and went as fast as those things do. The next day, the two of us boarded a Cape Air flight from Boston to Nantucket. Less than an hour later, we landed on the island.
We chose to stay at The Wauwinet, on the northeast side of the island, and away from town. The decision turned out to be perfect. The inn’s setting on a large lawn dotted with comfy chaise lounge chairs looking upon the Atlantic can only be described as serene. With hourly jitney service to-and-from town, we never worried about transportation. 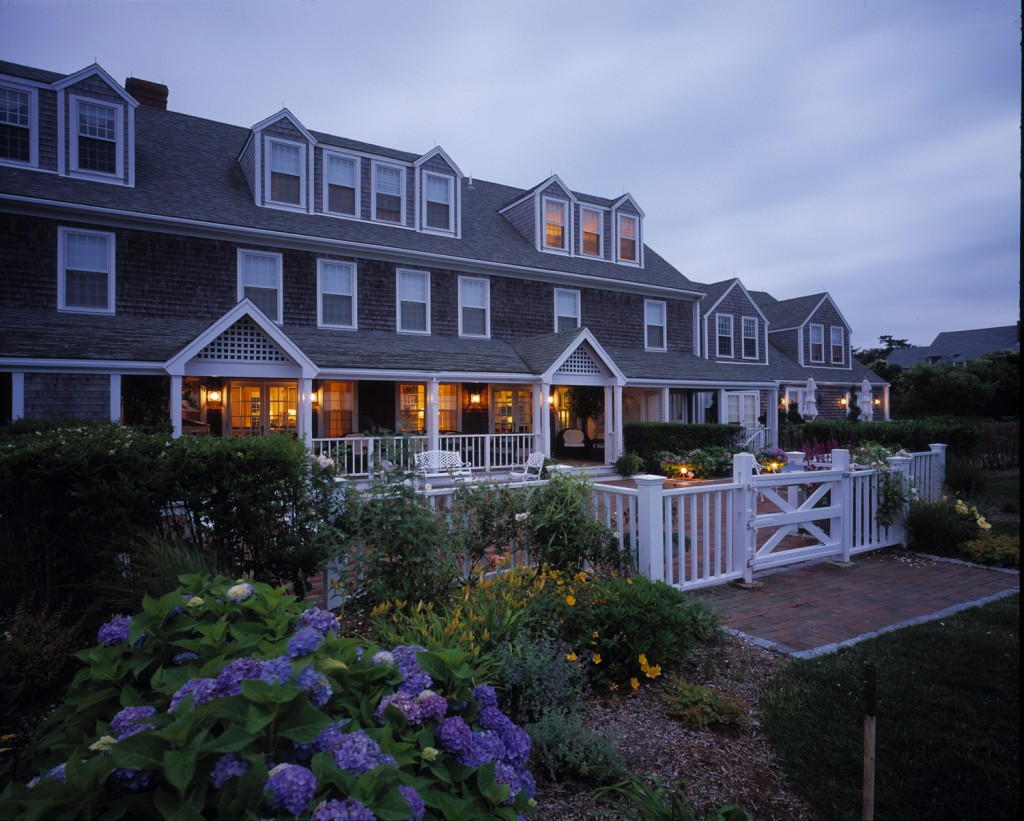 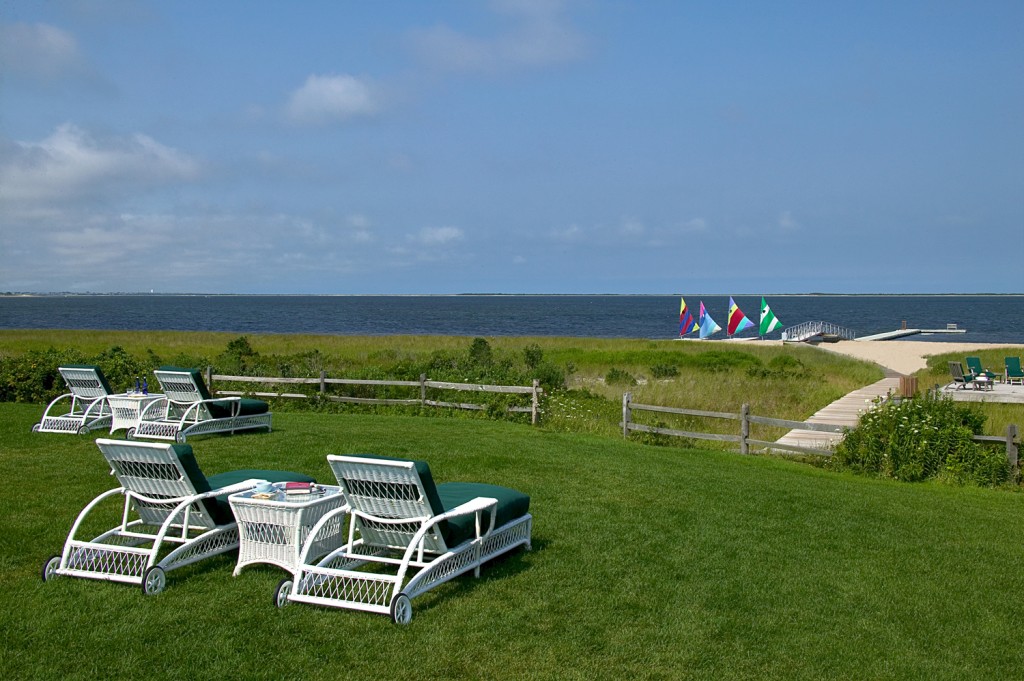 Photo: The Wauwinet’s lawn overlooking the bay, credit: Nantucket Island Resorts
The inn provided complimentary bicycles and, during the time we were there, we managed to cover the bike trails from Siasconset on the east side of the island to Madaket on the west.
Early in the week, we used the bicycles to visit Sankaty Head Lighthouse and saw how the structure needed to be moved inland because of the ongoing erosion. The lighthouse overlooked the ocean on one side, and a gorgeous golf course on the other (Sankaty Head Golf Club). While neither of us golf, it was clear that this course was an island treasure for those who love the sport. 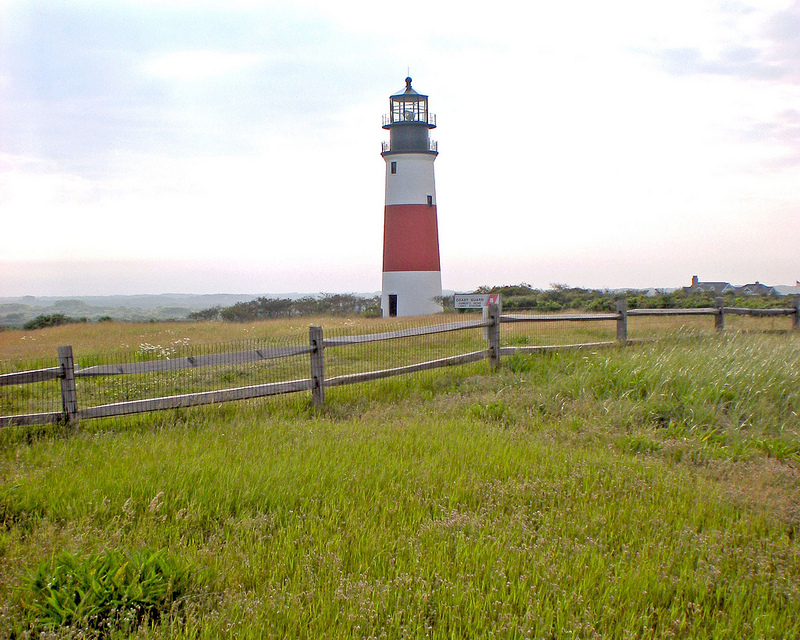 Photo: Sankaty Light, credit: Michael Galvin
On a bike ride into town later in the week, we passed the Nantucket Shipwreck & Life Saving Museum, and made a spontaneous stop to visit. We spent much longer there than we expected, and learned about the island’s history. 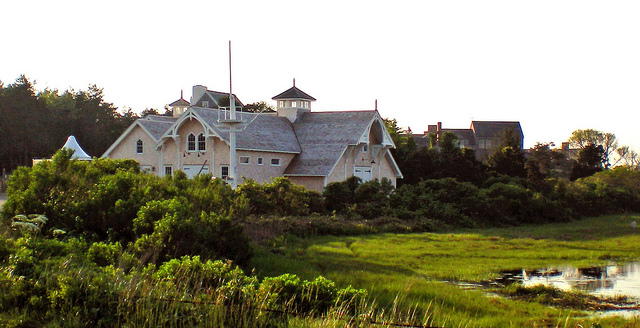 Photo: Shipwreck Lifesaving Museum, credit: Michael Galvin
In town, we were greeted by the historic charm and waterfront views that the town affords. The dining spots we made reservations for in advance through the hotel concierge were world-class. We ate unforgettable meals at The Company of the Cauldron (where it was lobster night!), and The Pearl (dining on the wok-fried lobster) to name a few examples.
More casual fare is easy to come by, too. We grabbed sandwiches to go for a bike trip at Provisions, which is right on the waterfront in town, and happened upon Claudette’s Catering in Siasconset during another.
On another bike trip, we made it to Madaket on the west side of the island and made sure to stop at Millie’s Restaurant for ice cream.
Then, there are the people who make the island hum. We dined next to other couples, who were friendly and shared their insights into the island with us. Happily (and unsurprisingly), we found everywhere we visited to be welcoming to a gay couple. We were met with delight as people learned we were celebrating our honeymoon.
That let us focus on all the island offered us – which in turn, let us unplug and relax.
Tim Harrington is a CPA for an investment firm in Boston. Born and raised in Massachusetts, Tim and his husband reside in Dorchester.
For more on Nantucket’s charming lodging, sites, and restaurants, visit the Nantucket Island Chamber of Commerce. For more on LGBT Massachusetts, head to www.lgbtmassvacation.com.