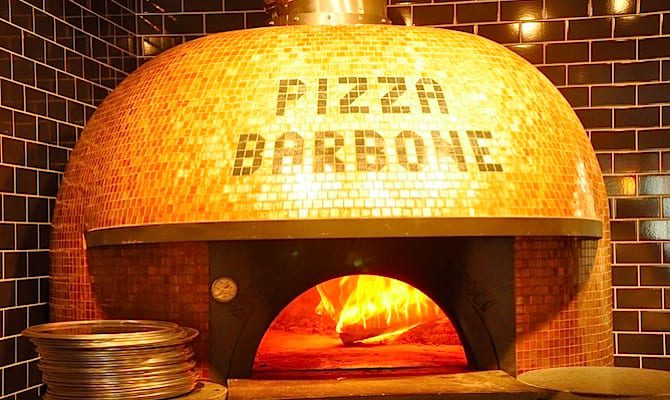 Cape Cod’s good eats are plentiful; with its long, sandy beaches, countless places to stay, and vibrant scene of things to do, the Cape also boasts an unforgettable set of places eat. From your go-to seafood spot to a luxurious, romantic sit-down, the Cape has a bite for everyone.
And today’s bite just happens to be… pizza!
What do you call a pizza that cooks at 1000 degrees and takes a mere 90 seconds to be ready? Dinner! Pizza Barbone, a new restaurant located on Cape Cod in Hyannis, is now open for business and ready to dish out the ‘za.
During the past two years, Pizza Barbone’s wood-fired oven has traveled around the state of Massachusetts, supplying farmer’s markets, public events and private parties with tasty cuisine. Now, that oven is settling down at 390 Main Street in Hyannis, and Cape Cod residents and visitors will be happy it’s doing so! 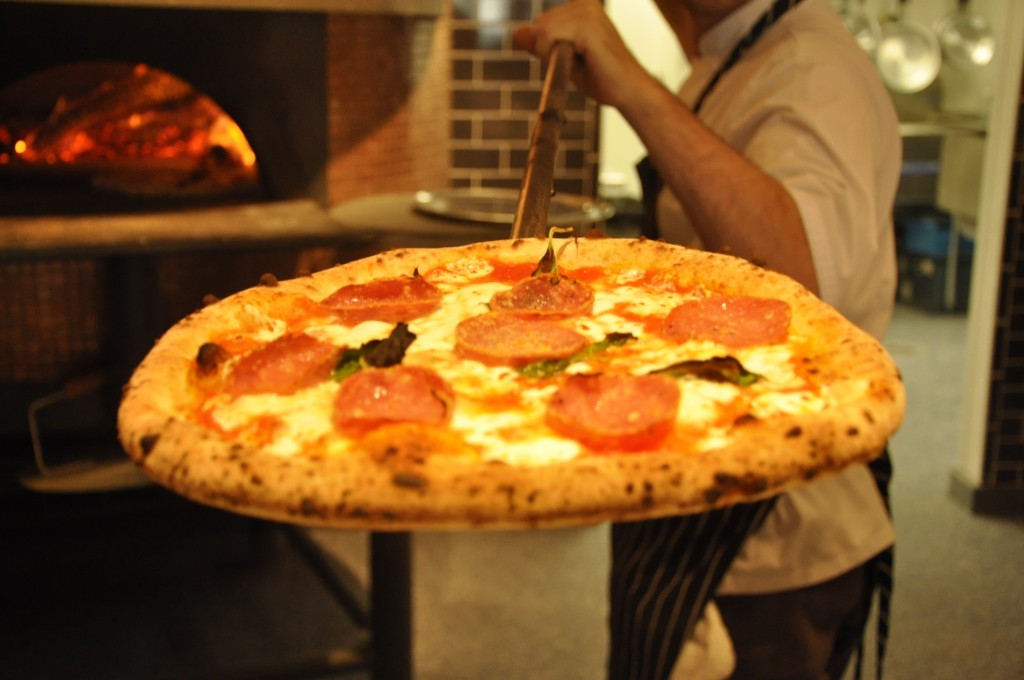 Pizza Barbone is the brainchild of Jason and Ali O’Toole. Jason, the chef, has been creating culinary delights for many years. At the age of 17, Jason set off to work at Le Cirque in New York City, after which Jason completed his studies at the Culinary Institute of America. Jason took his experience from kitchens and school across the pond, putting his skills to work for Chef Gordon Ramsay at Claridge’s. Following his time at Claridge’s, Jason moved back stateside, cooking for various establishments around Boston and Cape Cod.
Ali, who helps out at nearly all of Pizza Barbone’s mobile events, always lends a hand by taking orders, helping customers and setting up shop. Since plans began to open the restaurant in Hyannis, Ali has been an integral part of the planning process, helping to map out the floor plan and assisting Jason with a bunch of business-related tasks. Amazingly, Ali has found time to do all this while still working full-time at her job with Cape Cod Healthcare! 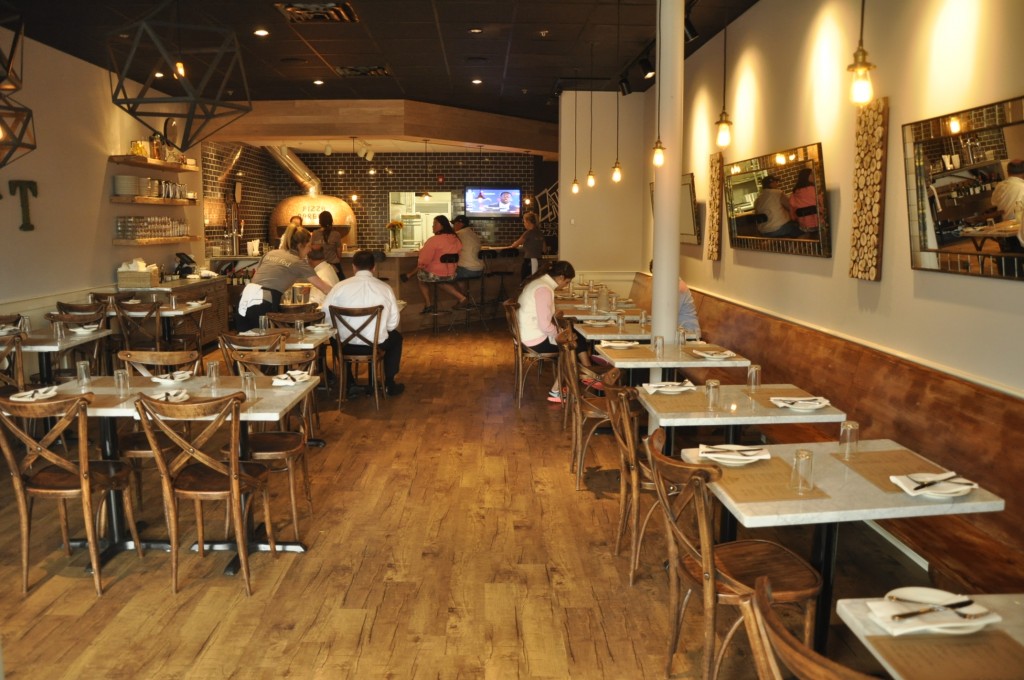 Before starting Pizza Barbone, Jason worked as a personal chef aboard a privately owned yacht. During a sail down the East Coast in 2009, Jason happened upon the Extra Virgin Oven in Charleston, South Carolina. Extra Virgin Oven’s chefs chatted with Jason, telling him that they got started by traveling with a mobile oven from market to market across the state. A light went off in Jason’s head and the rest is history! 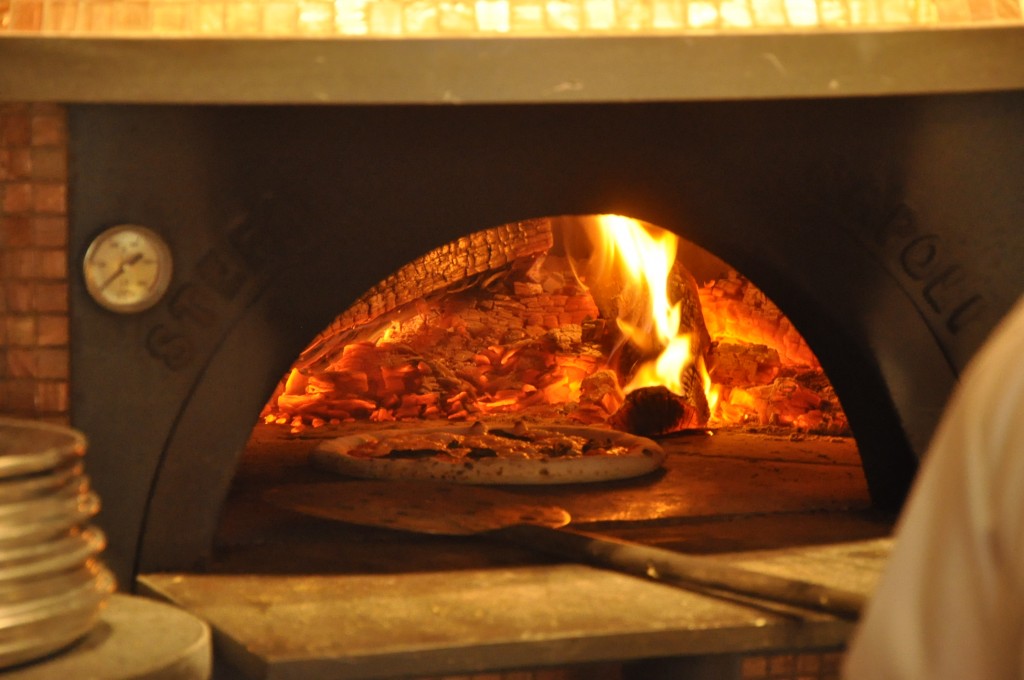 Pizza Barbone’s oven is the only one of its kind in Massachusetts. The oven cooks pizza at a sizzling 1000 degrees. Because of the temperature, pizzas only take 90 seconds to cook in the Pizza Barbone oven! This super-quick cooking time allows Jason’s team to offer some of the fastest service in the business.
The oven is an import from Italy, where third-generation oven crafters built it from scratch. Mount Vesuvius supplied the rock and ash that formed the Pizza Barbone oven before the crafters shipped it from Naples to Massachusetts. 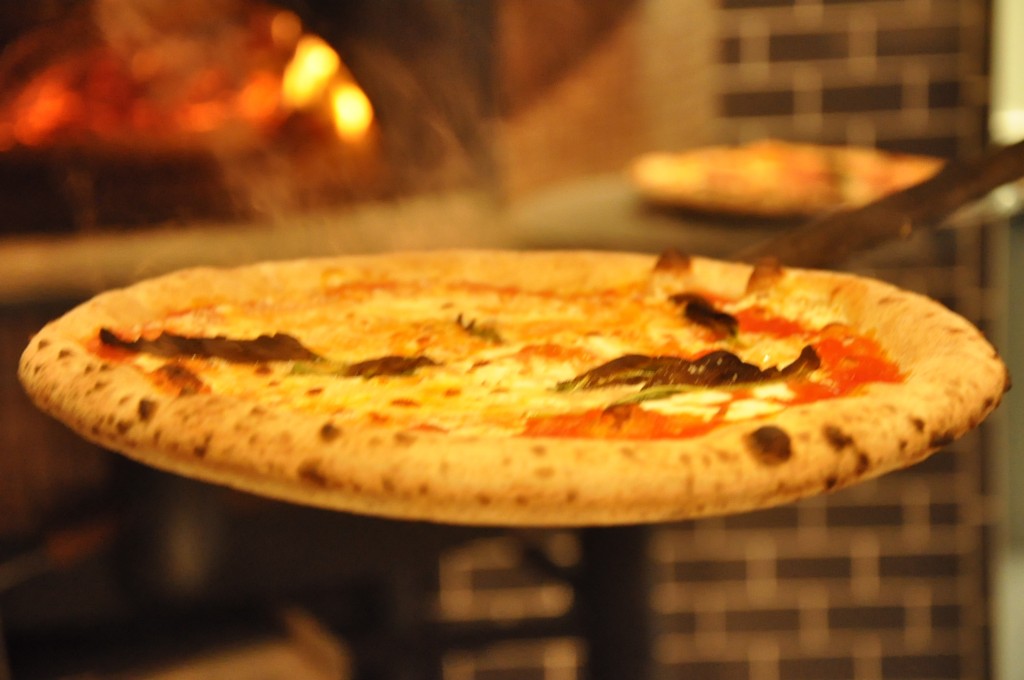 Although pizza will always be the signature dish, Pizza Barbone offers a variety of tastes. Fresh salads, homemade crostini, and enticing desserts will whet the appetite of any patron, regardless of age or background. Great service, a warm atmosphere and, of course, Jason’s trademark scorching oven combine to make Pizza Barbone a delicious destination that will delight any diner.
Pizza Barbone is located at 390 Main Street, Hyannis, MA 02601. You can also find them on Facebook and Twitter @PizzaBarbone. For more information, call 508-957-2377.
Eating your way across Cape Cod will certainly leave your palate wanting more, as there truly is a robust, outstanding list of places to grab a bite. From the small, local hangouts, to the familiar and popular Cape Cod favorites, in every town you’ll be sure to find something satisfying. For an in-depth list of Cape Cod’s good eats, click here, or you can always Ask a Local!
http://youtu.be/VyIaB_2UVrI
Photos courtesy of William DeSousa-Mauk