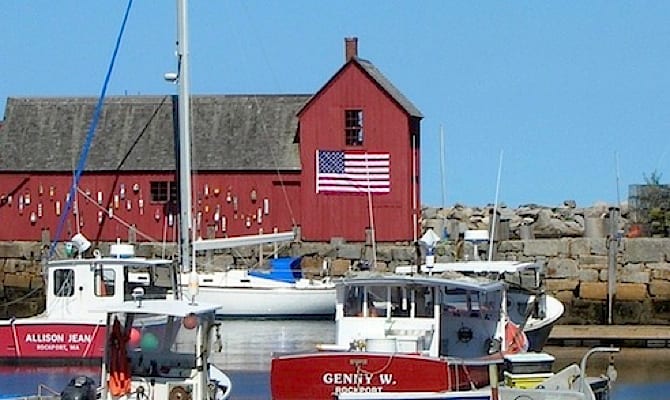 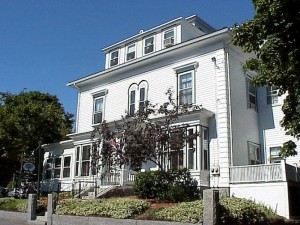 While writing my novel, Under the Linden Tree, set in mid-19th century Rockport, MA, I knew well enough that I inhabited one world, and that my characters resided in another. They were imaginary and I was real; am real, I mean.
Still, when I visited Rockport, I became a writer who sometimes blurred the line between fact and fiction – I was maybe a bit giddy with the confusion. Traveling annually from suburban Philadelphia to the world I drew upon to shape my novel felt like a haj, and the minute I’d step across the threshold of the Linden Tree Inn – a house that was built c. 1851 as a private home, and is now a kind of home to me – its proprietors, Tobey and John Shepherd, would hold out their arms and say, “Welcome home!”
This didn’t aid my lucidity; actually, it did better by casting a spell. The inn became for me a dizzy space wherein the characters I’d been creating and the days through which they moved in that very house and in Rockport’s streets had taken on real-seeming lives. I didn’t see their ghostly silhouettes, but they belonged in my reality as I wrote. (I do wonder what they’d make of my 21st century Twitter-fed, Facebook-glazed, cell phone-fried life.)
Visits to the Sandy Bay Historical Society, steps from the inn, provided real grist as I learned about Rockport’s granite and fishing industries and read 19th century journals of erstwhile Rockport citizens.
During one visit, in 2006, I interviewed the prolific Rockport historian, Eleanor C. Parsons (1915-2008). She spoke of my novel’s character, Hannah Jumper, the seamstress who led 200 women on a rampage on July 8, 1856, smashing liquor jugs and demijohns. Rockport was a dry town from that day till 2005. Eleanor sent me off with the books she’d written, all of them useful to me.
After a day of researching and tracing pathways through Millbrook Meadow, the Fish Shack, located at the beginning of Bearskin Neck, was just the place. Over the years, sometimes with my family, sometimes with friends, I’d leave with what felt like a corporation-sized belly. It always feels like a meal well-earned, and with a lovely view of the ocean. 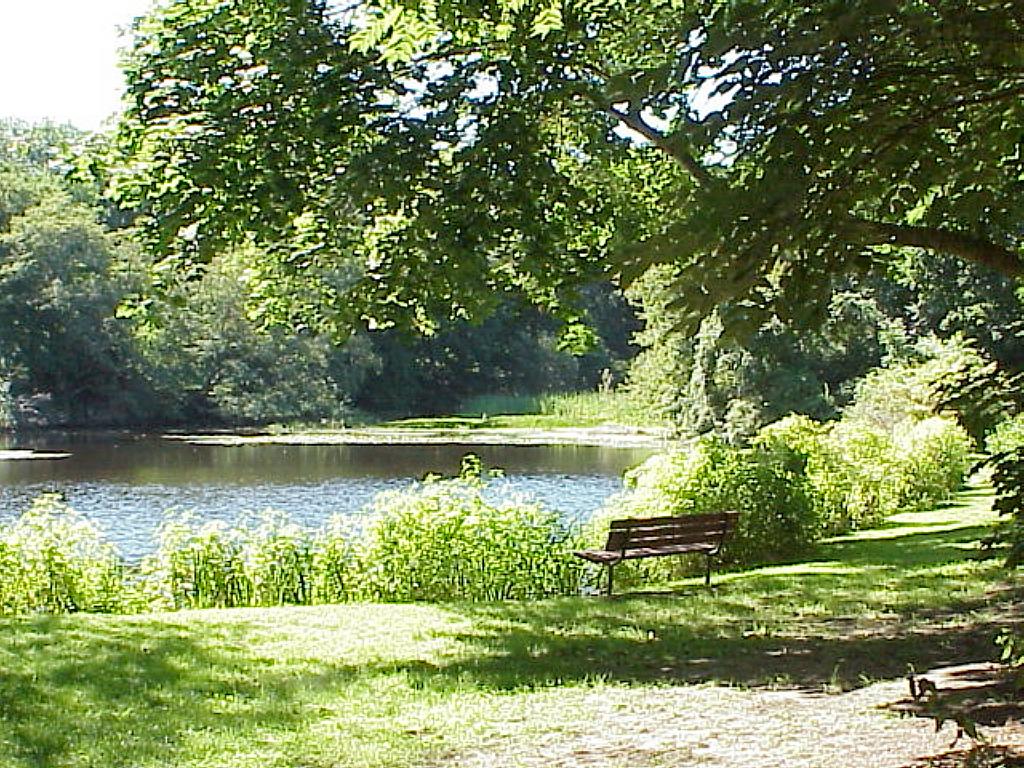 Back at the inn, like my narrator, Marianne Parsons, I’d nestle into the parlor settee (modern-speak: living room sofa), have a cup of tea or some Port. Perhaps I’d write. 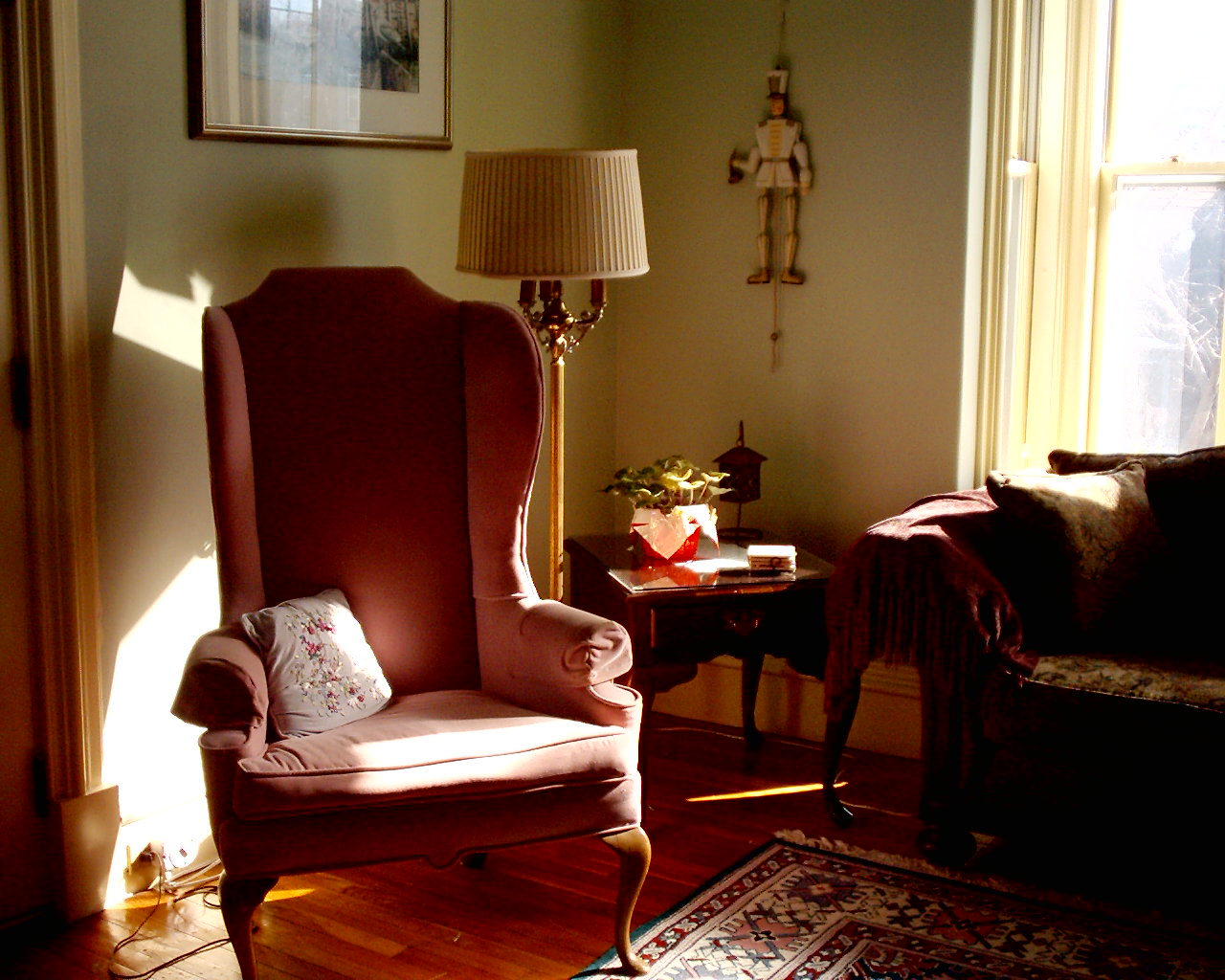 Mornings, I’d climb the narrow staircase from the third floor to the cupola. From those ogling windows, level with some church steeples in Rockport, I’d occasionally be eye-to-eye with gulls lofting on the breeze. I’d peer through the telescope to the same horizon Marianne looks to for glimpses of her sea captain husband.
The inn’s cupola is a place I know as well in my contemporary head as I do in Marianne’s reality. When I’m there, I welcome the confusion.
The Linden Tree Inn is a charming 1850 Victorian Bed & Breakfast Inn with 12 guest rooms individually decorated with antiques, all with private bath, located just 800 feet from the beach, a collection of restaurants, and over 100 unique shops. The Linden Tree has been in continuous use as an inn since the 1920’s. The Carriage House features four large modern rooms with small efficiency kitchens. Located just one hour from Boston by car or train. For availability and reservations, please call 1-800-865-2122 or click here. You can also find them on Facebook. Linden Tree Inn, 26 King Street, Rockport, MA.
For a complete listing on where to stay in Rockport, click here.
Cassandra Krivy Hirsch, raised in Toronto, writes and teaches in and around Philadelphia, PA. She’s long been fond of the MA coastline, and is now working on her second novel, set in today’s Rockport, MA. You can find her on Twitter @UnderTheLin1855 and on Facebook.