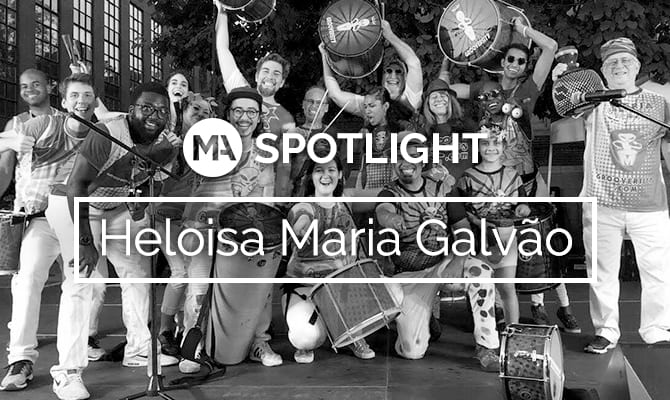 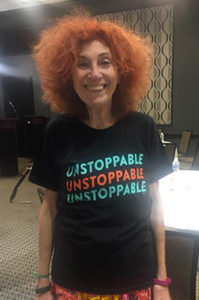 Heloisa Maria Galvão is co-founder and Executive Director of the Brazilian Women’s Group, a Boston-based organization formed in 1995 to address the rights of women and immigrants. The Group runs the Brazilian Independence Day Festival, taking place on September 9. Now in its 23rd year, the festival is the largest Brazilian gathering in New England. Originally from Ilha Grande in the state of Rio de Janeiro, Heloisa is a resident of Jamaica Plain in Boston.

Tell us about Brazilian Independence Day Festival, and what visitors can expect this year.
The Brazilian Independence Day Festival uniquely represents the scope and diversity of Brazilian culture. The festival includes live musical performances, capoeira presentations, food, dancing, children’s activities, theater and more. It has become the largest Brazilian cultural event in New England drawing crowds of over 7,000. In addition to celebrating our culture, the festival recognizes the important contributions that the Brazilian immigrant community has made to American society. All events are free and open to the general public, and are supported by the Consulate General of Brazil in Boston and Massachusetts Alliance of Portuguese Speakers. 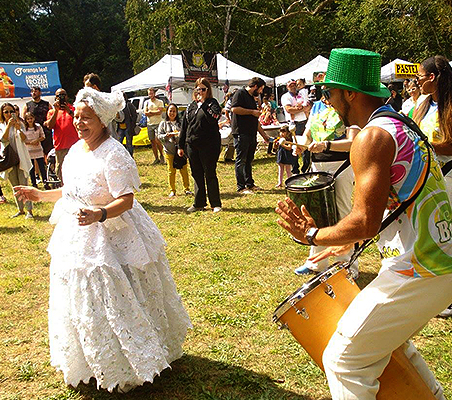 Music is a central feature at the Brazilian Independence Day Festival

The Outdoor Festival opens at noon on Sunday, September 9 at DCR Herter Park in Boston with a parade led by percussionist Marcus Santos and aNova Brazil, a Boston-area ensemble that exemplifies the vibrant Afro-Brazilian Carnival traditions of Bahía.

Throughout the day, families enjoy pônei rides, a children’s play “Sítio do Picapau Amarelo” and children’s group “Praticutucá.” We have forró dancing, the best of Brazilian popular music (MPB) as well as Afro-Brazilian martial art Capoeira, which combines elements of dance, acrobatics, and music, and many other attractions.

How do Brazilians in Massachusetts stay connected with each other and how do they connect with Cape Verdeans and native Portuguese communities?
Brazilians in Massachusetts are invested in having a sense of community. Because we are so far away from our country, new immigrants frequently find solace through others with more experience in this different land. Often that translates to unifying through faith and food. Common meeting places for Brazilians are churches or bars and restaurants. Occasionally walking into a Brazilian bakery may feel like having a little piece of home in your neighborhood. Brazil’s huge Christian community in America is also very embracing. 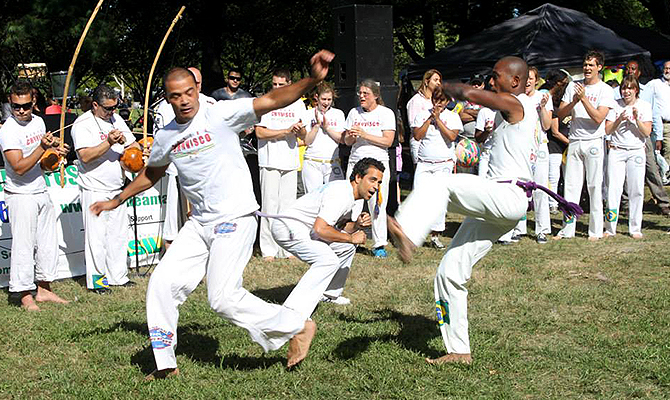 Brazilians of Massachusetts also connect through print and social media, radio shows and attending live shows of the many Brazilian performers who come this way. Cultural events such as the Brazilian Festival, film screenings, the Rodeos, and the numerous bands that play at local restaurants help to connect Brazilians to their homeland.

The most important thing to remember is that Brazilians are deeply rooted to their culture and even here in Massachusetts, miles away form their homeland, they do not waste time to produce, organize, act and present original plays, tunes and a variety of folk manifestations, such as “Bumba meu Boi” and “Tradições gaúchas” and the highly appreciated Capoeira.

Where can visitors and residents find authentic Brazilian cuisine and/or Brazilian music?
Some renowned Brazilian spots in Greater Boston are the Oliveiras Restaurants in Somerville, Everett and East Boston, Muqueca Restaurant in Cambridge and Braza Grill in Everett.

In addition, Massachusetts has over 350 Brazilians businesses, including hair salons, boutiques, restaurants, bakeries and supermarkets. All these places are home to Brazilians, a “ponto de encontro” – gathering place – and a good environment to talk about politics, soccer, and the longing for Brazil and family.

In addition, Brazilians are entrepreneurs, so besides the traditional businesses already mentioned you can do business in Portuguese with Brazilians in almost any field, from banking to filing income taxes to real state to construction to housecleaning to starting up new companies. Just name it!

LATAM Airlines is launching the first non-stop service between Boston and Sao Paulo this month. Do you foresee more Brazilians traveling to Massachusetts to visit, meet family, or study with this new service?
For decades the Brazilians in Massachusetts have dreamed of a direct flight from Boston, so LATAM’s initiative meets a yearning of this population. Besides, the non-stop flights between Boston and São Paulo are surely going to be great for Brazilian tourism in Massachusetts. Oftentimes flights would take over 24 hours due to multiple layovers in other countries even. Having a direct route will assure that anyone who’s in a hurry to get to Boston can do so in a timely manner.

It will simultaneously help tourism in Brazil, since now New Englanders and Brazilian immigrants alike will be able to travel swiftly to São Paulo, the largest metropolitan city in South America.