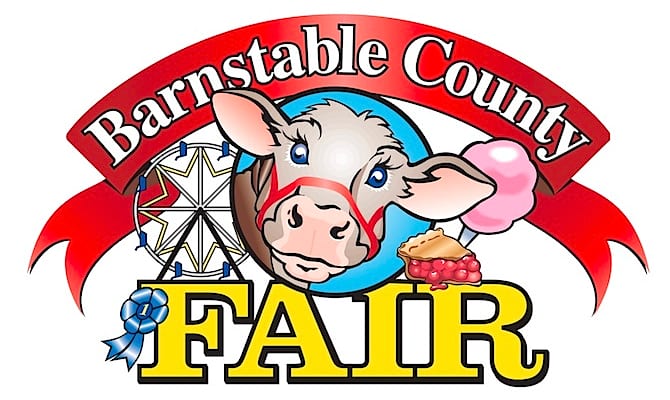 Cape Cod has longtime been known for its summer escapes, pristine beaches, and painted sunsets – amongst everything else that is associated with a coastal summertime experience in Massachusetts.
But aside from the sand and sun, there’s an annual tradition that has attracted thousands upon thousands each year (90,000 folks of all ages attended last year!), generating a collection of family fun, and earning the status of being one of the regions “must-see” events… the Barnstable County Fair! 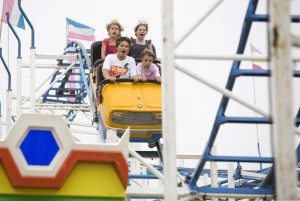 On Saturday, July 21st, the Barnstable County Fair, an annual event that is put on by the non-profit Barnstable County Agricultural Society, returns for its 168th season, with an array of perennial favorites, from hands-on exhibits, petting zoos, horticulture displays, rides and games, as well as several new attractions.
So, what’s new this year? An interactive NASCAR® exhibit, a new show called “Disc-Connected K9s – World Famous Frisbee Dogs,” and a few notable upgrades that include a newly renovated “Showcase Stage,” which will improve the playing and view experience for local musicians and fans.
An interactive NASCAR exhibit: This new exhibit will feature a driving simulator, where you can feel the thrill of driving a real, race-used stock car on the same computer-training simulator that the pros use, as well as a pit crew challenge – pitting contestants against a live competitor and the clock. The exhibit is being produced by Katz Racing Promotions.
“Disc-Connected K9s – World Famous Frisbee Dogs:” Also joining the Fair this year for the first time, this show features trained rescue and shelter dogs performing aerial acrobatics and other high-flying stunts. Hailing from Jacksonville, Florida, the Disc-Connected K9s – World Famous Frisbee Dogs put on shows around the country, wowing crowds and raising awareness for canine adoption.
As for fun at night, the Fair’s nightly entertainment schedule is as follows:
July 21: Fabulous Thunderbirds
July 22: Mike DelGuidice and Big Shot (Billy Joel Tribute)
July 23: Team Extreme – FMX/Motocross Trials
July 24: Monster Truck Crush Show
July 25: World’s Largest Demolition Derby
July 26: Cape Cod Summer Star Presented By WCOD
July 27: Little River Band
July 28: Josh Thompson 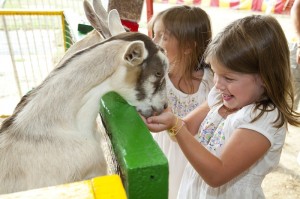 Not to mention, annual fan favorites such as the Cape’s largest midway by Rockwell Amusements, the petting zoo, manicured flower beds, and an endless amount of diet-defying eats are all back for this year’s Fair.
Where to stay: There’s an array of area lodging options; for an idea of where to stay, check out the Cape Cod Chamber of Commerce’s accommodations listing here, as well as the Falmouth Chamber of Commerce’s area accommodations here.
So, if you’re headed to the Cape next week, check out the Barnstable County Fair, you’re bound to have a blast.
The Barnstable County Fair takes place on the County Fairgrounds at 1220 Nathan Ellis Hwy, Route 151, East Falmouth, MA 02536. You can also find more information on the Fair on Facebook and Twitter (@BarnstableFair).
Photos courtesy of the Barnstable County Fair