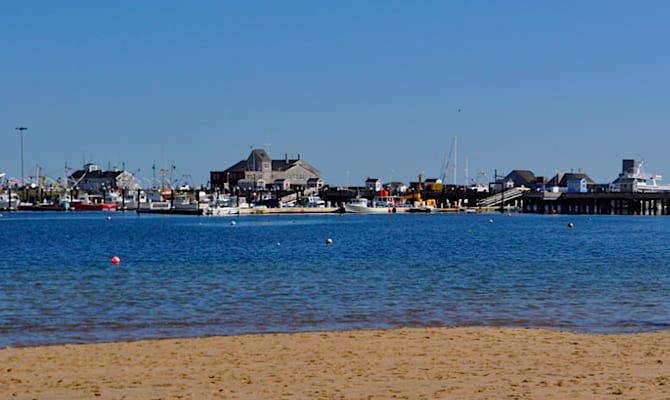 Ask somebody what Cape Cod brings to mind, and you’ll get a long list of associations along the lines of a top U.S. vacation spot; beaches, the National Seashore, whale-watching, lighthouses, cranberry bogs, fishing, kite-boarding, kayaking, cycling, surfing, golf, antique shopping, art galleries, summer theatre and much more.
One association that generally wouldn’t come to mind is film festivals.
Yet, Cape Cod probably has a higher “film festivals per local resident” quotient (a not-very-widely-used statistical measurement, I admit) than any other location.
Film Festivals are held annually on Cape Cod in Woods Hole, Nantucket, Provincetown and Martha’s Vineyard; and with the Orpheum Theater Project now funded, there may soon be a Chatham Film Festival to add to the list as well.
Each of these festivals has a unique identity with a different focus, remarkably allowing them to co-exist without overlap of content (or movie stars).
Provincetown: June 13th – 17th
The Provincetown International Film Festival (PIFF) is dedicated to showcasing new achievements in independent film and honoring the work of acclaimed and emerging directors, producers and actors. PIFF is equally devoted to expanding the audience for independent film and to serving our Provincetown and Outer Cape community by filling the void for annual film programming and reflecting the community’s rich diversity through their selected films and honorees. Previous winners of the “Filmmakers on the Edge” award have been Quentin Tarantino, John Waters, Darren Aronofsky and Kevin Smith. The 2012 award winner is legendary director Roger Corman.
The festival will open with a showing of “Bachelorette,” the new film starring Kirsten Dunst.
Nantucket: June 20th – 24th
The Nantucket Film Festival was founded by brother and sister team Jill and Jonathan Burkhart in 1996. The Film Festival’s mission is to promote the cultural awareness and appreciation of the art of screenwriting in the world of cinema. The highlights of this year’s festival are the screening of the Sundance Grand Jury Prize winner “Beasts of The Southern Wild” and Ben Stiller’s Annual All-Star Comedy Roundtable on June 22nd.
Woods Hole: July 28th – August 4th
The Woods Hole Film Festival showcases the work of New England filmmakers, first-time filmmakers and independent filmmakers. The Woods Hole Festival puts a particular emphasis on giving exposure to specific filmmakers: those who have a relationship with Cape Cod, those whose films are relevant or beneficial to Cape Cod and those who will help develop and foster a creative independent community within the Festival and on Cape Cod. The filmmaker in residence for 2012 is Lauren Greenfield.  She is a film director and acclaimed photographer whose documentary film “Queen of Versailles” was selected as the Opening Night Film for Sundance 2012.
Martha’s Vineyard: August 7th – 11th & Sept 6th – 9th
The African-American Film Festival, which celebrates independent African-American filmmakers and takes place from August 7th – 11th, is one of the fastest growing film festivals in the country. Co-founded in 2001, by husband and wife team, Floyd and Stephanie Rance, this film festival attracts thousands to Martha’s Vineyard as it is one of the country’s top-notch emerging, sophisticated film events.
During September, you will also find the Martha’s Vineyard International Film Festival – a four day festival filled with feature and short films, showcasing work from top-notch festivals, such as Sundance, Berlin and Cannes (with a few undiscovered gems thrown in!). The International Film Festival also features great evening events, provocative forums and live world music – all within the ‘Walking Festival District.’ The recurring theme of the annual Martha’s Vineyard International Film Festival is “Other Places;” the festival’s purpose is to encourage attendees to think broadly (about how huge the world of film is) and deeply (about the universal concerns and desires that unite all people).
So, it’s a veritable conveyor belt of big screen entertainment for those who live or vacation on Cape Cod.
And when you consider that at every film festival there’s always the chance (however slim) that you may bump into George Clooney, Scarlett Johansson, Brad Pitt or even Dame Judi Dench, it’s another compelling reason to head to Cape Cod!
Simon Hunton owns The Platinum Pebble Boutique Inn on Cape Cod with his wife Annabelle. Originally from England but now happily “washed-ashore” on Cape Cod. An avid Liverpool Football club supporter, and golfer. You can check out The Platinum Pebble Boutique Inn on Twitter @platinumpebble.