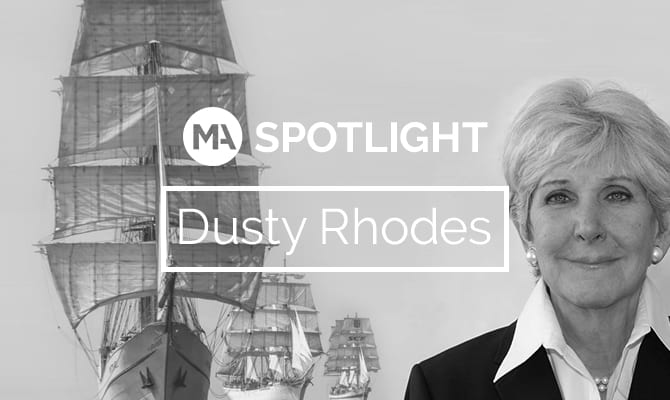 Dusty Rhodes, The Toast of the Tall Ships

Dusty Rhodes is Boston’s premier special events organizer and the indomitable commander of the Rendez-Vous 2017 Tall Ships Regatta which sails into Boston Harbor on June 17-22, 2017.  Corralling 56 tall ships from 14 countries for five days of sailing parades, exhibits, cultural events and public boarding is a complex and complicated endeavor that few people can handle.  Dusty is one of those few people, having organized Sail Boston in 1992, 2000 and 2009.

The Boston Globe praised Dusty’s efforts in a 2000 editorial, “Without her, the city’s waterfront would be a drabber, less festive place.”

We caught up with Dusty Rhodes to talk about Sail Boston 2017. 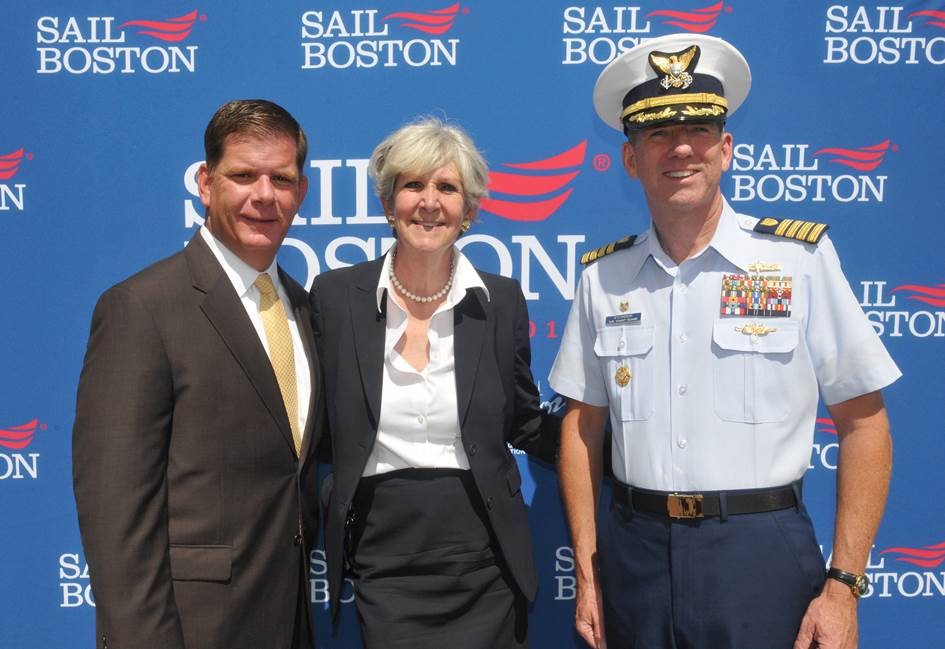 It turns out this is not your first voyage when it comes to organizing tall ships!  Tell us how you first got involved and how it developed from there.
Someone threw a challenge out to me, and I was intrigued.  It was about aligning Boston’s port with great ports around the world like Genoa, Lisbon, San Juan and New York. I formed a non-profit in 1989 and reached out to the foremost tourism people in Boston – Bob Cummings, Pat Moscaritolo – and I started cranking up this effort to get the ships to come to Boston and to pay for it.  We went out with a tin cup and begged for sponsorship money.  We got some real traction about five weeks before the event in July 1992. I invited people from Boston down to San Juan, Puerto Rico, where the ships were, and it was then that they realized the magnitude of the event.

The event was a grand success. It was the first time Boston realized it could host big international events.  There was so much pride among the city and state agencies: ‘We can do this.’
Governor Bill Weld recognized early on that this type of event is an economic driver, and he was proven right.  The 1992 event had a $250 million economic impact, and netted $28.5 million in taxes.

Massachusetts’ innovation economy, educational and medical facilities, and unique history and culture give it a global reputation.  Tell us about the international flavor of this year’s Sail Boston and how it helps to brand Boston and Massachusetts across the globe.
Sail Boston is nothing if not international. We have 56 ships from 14 countries and a highly engaged international crew, numbering around 2000.  Boston is considered the very best port to visit in the US.  In fact, we are the only US city on this year’s Rendez-Vous 2017 Tall Ships Regatta.

Saturday’s Parade of Sail, with each of the ships flying their nation’s flags, is really far more than a magnificent spectacle.  It also reinforces Boston’s reputation as a world class city and one that is capable of bringing an international fleet to the city and hosting it in a proper way.  It also showcases the incredible diversity of our Commonwealth and reinforces the international perception that Massachusetts is one of the great American destinations. 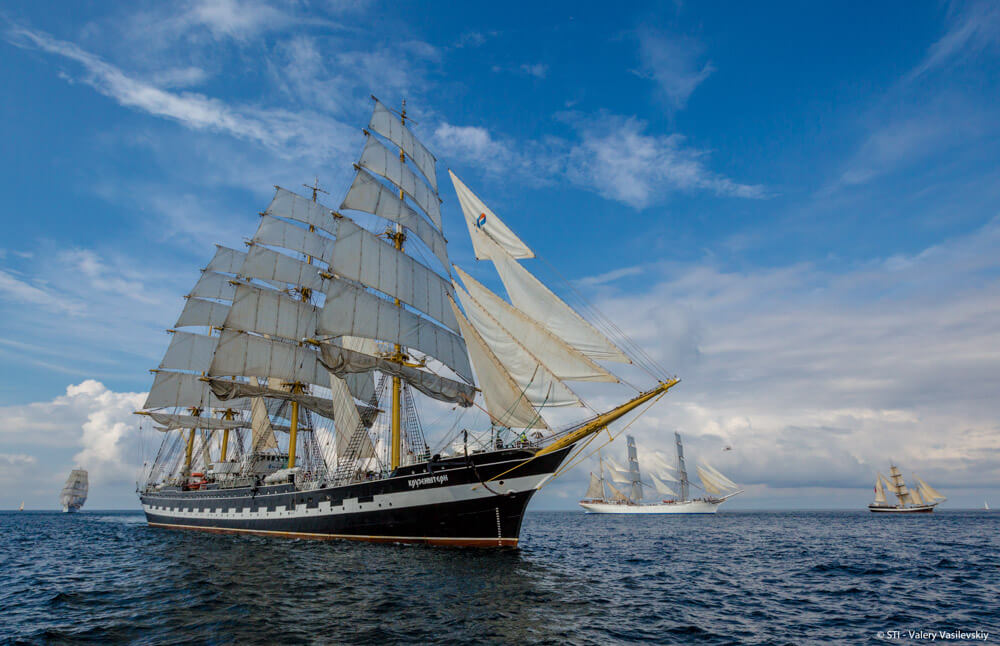 From a tourist perspective, we are so excited that hotel rooms are sold out in town for Sail Boston weekend, and we know that restaurants are going to be packed in the Seaport District, in town and in the neighborhoods.  Boston is going to be an exciting place for domestic and international visitors who happen to be in the city, and also for the residents from our region who are coming down to see the ships.

We’ve attended your organizing meetings – along with dozens of federal, state and local agencies community groups, neighborhood associations, the maritime industry, retailers and transportation groups. It really is a complex operation.
That is what is so special about Sail Boston – it truly is a collective effort in which all voices are heard and plans are made down to the smallest detail. From the Seaport and downtown Boston to the neighborhoods and surrounding towns, all of us are looking forward to receiving the crew members, cadets and sailors. We’ll have sailing exhibits, parades, crew barbecues, dance festivities, and sun set salutes.

But really, credit belongs to the cooperation of the agencies for making Sail Boston a success.  We could never do it without them, along with our sponsors.

Tell us about the new Sail Boston app and how that can help tourists and local residents find their way around Boston during this exciting festival.
We’re thrilled to have a Sail Boston app for the very first time.  It is free to download at SailBoston.com. What we’re particularly excited about is that, in addition to putting information at the visitors’ fingertips, we can update on a real time basis things like parking, traffic and weather.  Our aim with this app is to enhance the experience of the visitor. 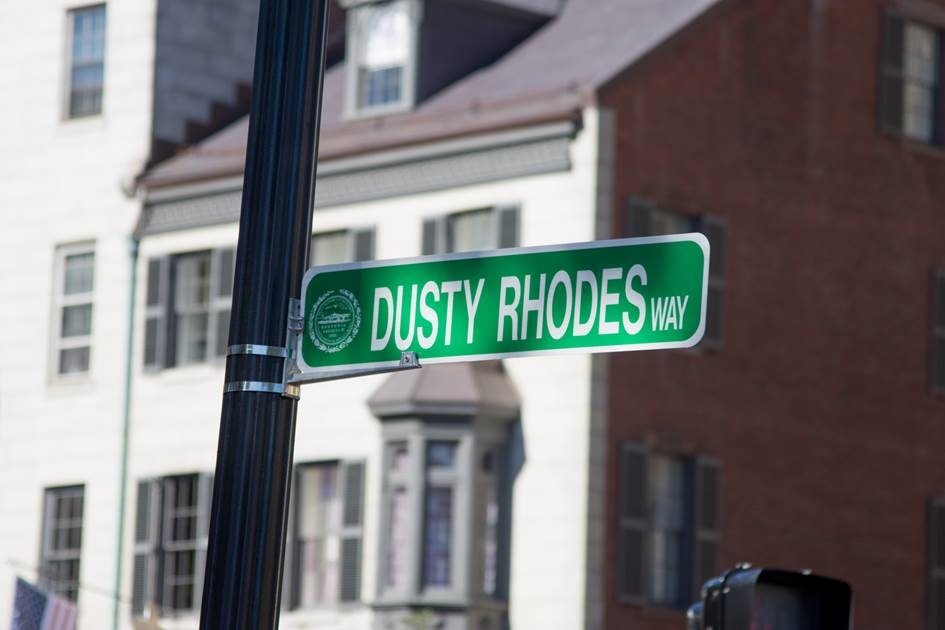 Any other initiatives this year?
We’ve also developed a Sail Boston Express, which provides a direct luxury bus connection to Sail Boston from several Park & Ride stops throughout New England. It is perfect for those worried about driving into the city.  You can buy tickets.

We’ve also just added a new set of bleacher seats at the Massport Marine Terminal, for viewers.
And finally, we’re thrilled to tell you that Sam Adams is producing a Tall Ships Ale in honor of the fleet.  And JP Licks has created a new strawberry rhubarb ice cream in honor of the event.