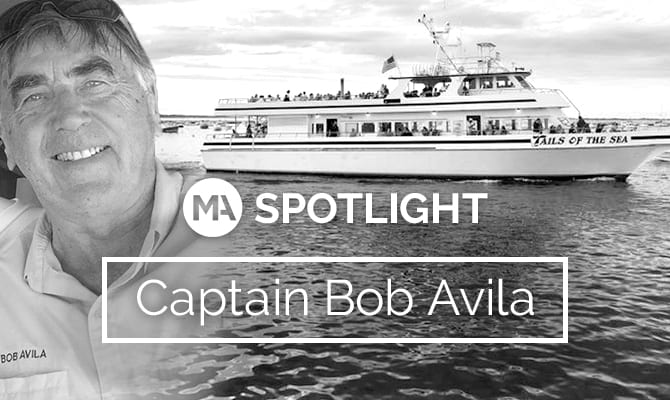 Established in 1946, Captain John Boats offers a variety of maritime activities, including whale watches, deep sea fishing trips, harbor cruises, private charters and a fast-ferry run between Plymouth and Provincetown. We spoke with Captain Bob Avila, co-owner of Captain John Boats about the upcoming summer season on the sea. 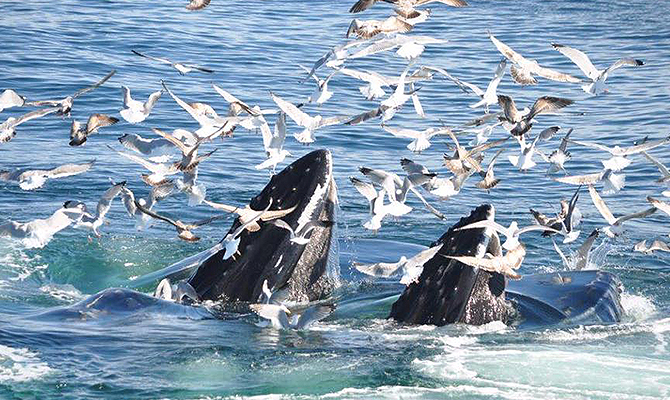 1. With 192 miles of coastline, Massachusetts is a paradise for visitors and residents who love the ocean. Can you tell us about Captain John Boats customers and where they are from?
We are pleased to welcome customers of all ages and origins. We like to chat with our passengers to get an idea of where they’re coming from and how they heard about us, but also get some of that information through the ticket purchasing. Every state has been represented on board, however, I would say a majority of our domestic business comes from within an eight hour drive. Internationally, our biggest market is China, followed by the UK and Germany, but we’ve seen visitors from all corners of the globe. Our busiest season and highest numbers usually fall in July and August.

2. MOTT’s new Whale Trail shines a light on the one of the world’s magnificent creatures. What is the peak whale watching season, and how close do you get to the whales when you’re out at sea? Do you get many repeat customers on the whale watches?
First of all, whale watching off the coast of Massachusetts is absolutely the BEST in the country! We have trips leaving from Plymouth and Provincetown. Whale watching is a must for visitors and residents. Anytime you go is the peak, it really just depends on what that means depending on the time of year. The spring is all about variety, and the fall is heavier on numbers. Right now, we’re seeing a huge number of whales and a number of different species. Just the other day, there were six species spotted on a single outing. Sei whales, Humpback whales, Minke whales, Finback whales… you name it! In the fall, it’s possible to see 20-30 whales at a time. Whales gather from different areas, congregating on Stellwagen Bank. The full season runs from April through the end of October, and you’re guaranteed to see whales every time you go out.

We get a lot of first-timers on our whale watch excursions, but a number of repeat customers as well. Some come back later in the season after coming out with us in the spring or summer. We also see people that toured with us years ago, but come back for a good time. We have a very consistent and loyal audience, and we put a lot of emphasis on giving our passengers a great experience.

3. You have marine biologists and naturalists on the whale watching trips, which makes the outing both enjoyable and educational. Are there particular environmental or maritime issues of interest to your customers?
Absolutely. We head out to Stellwagen Bank, and information about the marine sanctuary is definitely top of mind for people, particularly those not from the area. The bank is essentially an underwater plateau, where the whales tend to congregate. Clean water and lots of food (herring, mackerel and plankton) make the area a great feeding ground for the whales. Our trips begin at the southwest corner of the bank in search of whales. What’s really great is that the boats are in always in communication, sharing information and sightings. It’s a great collaborative effort and good for the industry.

People are also very interested in things like how the whales feed, what they do in the ocean, where they go in the winter – for the record, it’s is near the Dominican Republic roughly 1,200 miles away. We also talk about the dangers of plastic, and Captain John Boats stops to collect balloons and trash that we come across in the water.

4. What are fishermen typically catching on the deep sea fishing trips at Stellwagen Bank and Cape Cod Bay?
Right now we’re catching lots of haddock. Haddock is a fun fish to go out for and passengers really enjoy it. We can often expect 200-300 haddock on each fishing trip! We go to Stellwagen Bank for haddock and since it’s only 90-100 feet deep it’s not long before fish are coming up quick. Plus, they’re easy to catch which everyone likes.

There’s a restriction on cod fish, so we can’t keep them at the moment. Closer to shore, throughout the summer season and into the fall, it’s striped bass. Later in the year, around September and October, it’s the giant bluefin tuna. 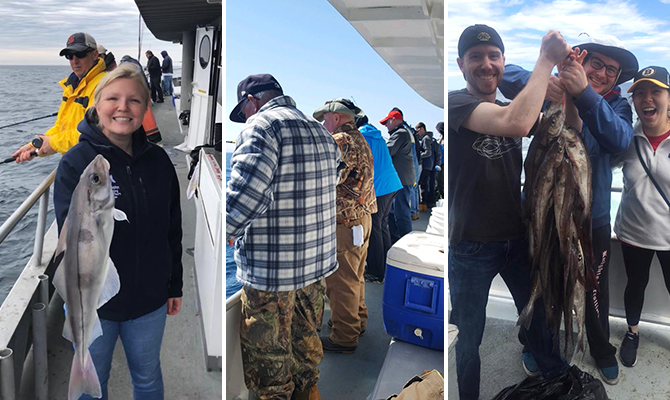 5. Given the summertime automobile traffic down to the Cape, the fast ferry between Plymouth and P-Town makes total sense! How often do the ferries run, and where can customers get more details?
The fast-ferry really is the way to go. And it’s not just a way to get from here to there, but an enjoyable activity that hands-down beats being stuck in traffic. Ferries run every day, from mid-June through mid-September on a roundtrip schedule. That will change in 2020 with Plymouth 400, when we’ll be doing multiple runs each way daily – the Path of the Pilgrims as say, because the Pilgrims initially landed in Provincetown before making their way to Plymouth. We’ll be escorting the Mayflower into the harbor as well. All of this information is available on our Captain John Boats website.