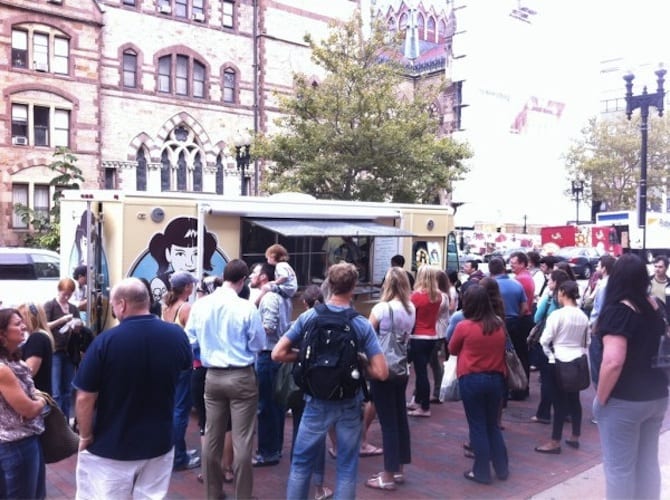 On August 8, 2010, Boston hosted its first ever food truck festival, the SoWa Food Truck Festival, and with that began Boston’s obsession with gourmet restaurants on wheels. 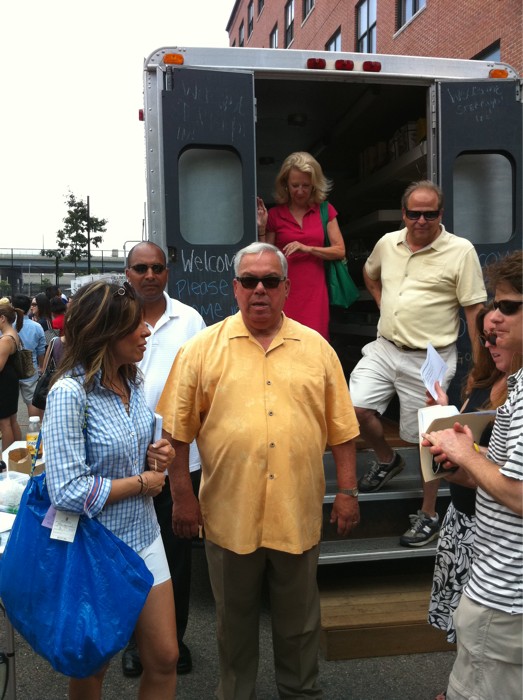 The event attracted hundreds of people, including Boston Mayor Tom Menino, and it was immediately evident that Bostonians wanted to see more food trucks on our streets – even though, on this day there were barely enough trucks to satisfy demand!
Later in the fall of 2010, the SoWa Open Market hosted a cluster of food trucks every Sunday, which helped to not only increase demand, but also the number of food trucks in Boston – some of the earliest trucks in the city and at SoWa included: Clover, Grilled Cheese Nation, and Momogoose.
Up to this point, food trucks were only allowed to park on private property, like the SoWa Open Market, or approved city events, like New Year’s Eve 2011 on City Hall Plaza, which included Buffalo Bo’s, Clover and Grilled Cheese Nation.
However, this was all about to change in 2011. In April 2011, the Boston City Council passed an ordinance, which expedited the expansion of food trucks on the public streets of Boston. 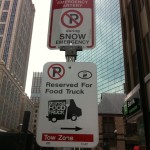 In July 2011, 15 food truck locations, with designated ‘No Parking: Reserved for Food Truck’ signs, sprouted up in the Back Bay, South End, Fenway, BU and the Waterfront areas. From this date on, the demand for food trucks in Boston grew significantly with many of them having huge lines, especially grilled cheese kings, Roxy’s Grilled Cheese, and the cluster of trucks who serve food daily in Dewey Square. 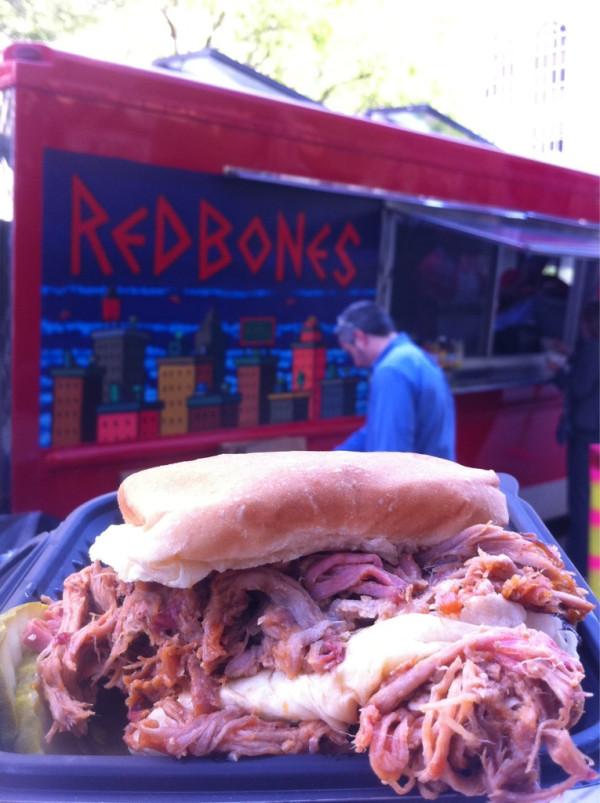 Personal favorites include the pulled chicken sandwich at Redbones BBQ, the flank steak sandwich at Pennypacker’s, cupcakes at The Cupcakory, and, of course, a grilled cheese sandwich from Roxy’s.
On Saturday May 5th, 2012, the Rose F. Kennedy Greenway will host the Greenway Mobile Food Fest from 11:30AM until 7PM in Dewey Square. This extremely popular festival includes live music from local bands, backyard games, and, of course, a lot of food trucks.
Some of the participating mobile eateries include: Kick*ss Cupcakes, The Dining Car, Boston Speeds, Redbones BBQ, Lobsta Love, Roxy’s, Staff Meal, The Cupcakory and a dozen more.
The Boston Food Truck market is still in its infancy with the city continuing to discover which areas are better than others for the owners of the food trucks. Clusters of food trucks, like those at Dewey Square, have proven to be very popular, and hopefully over time the clusters of trucks will expand to other areas.
In less than two years, the Boston Food Truck market has exploded in our city, thanks in large part to Bostonians’ insatiable demand for great food. If you are new to our city, and new to food trucks, please don’t be afraid – the food is amazing!
@BostonTweet is all about life in Boston, things to do of value in the city, food & drink deals, news, pics, burritos, & where he is.
The City of Boston is incredibly proud and excited about its growing food truck scene!  Here you can find where food trucks vend, steps to organizing your own food truck, and the Mobile Food Truck Ordinance. As Massachusetts‘ robust culinary scene continues to innovate, the food truck scene has become a familiar favorite for travelers and foodies from all over. 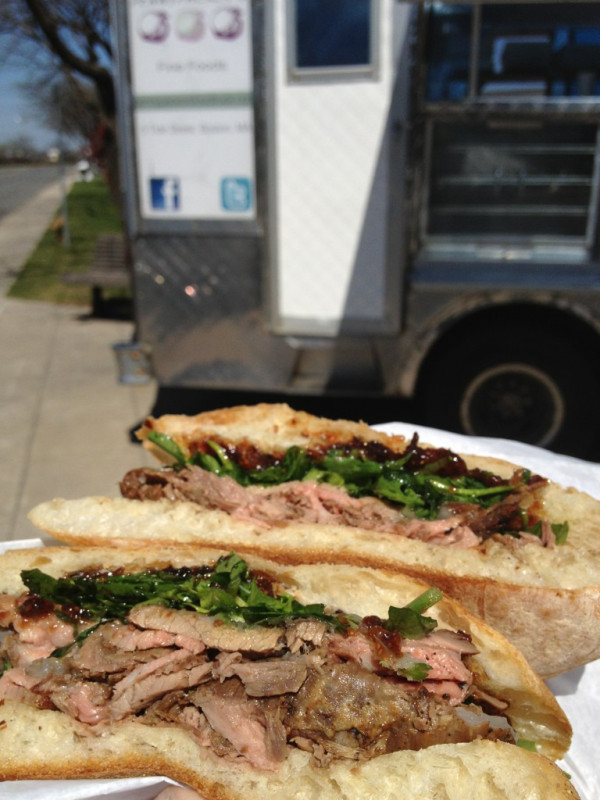 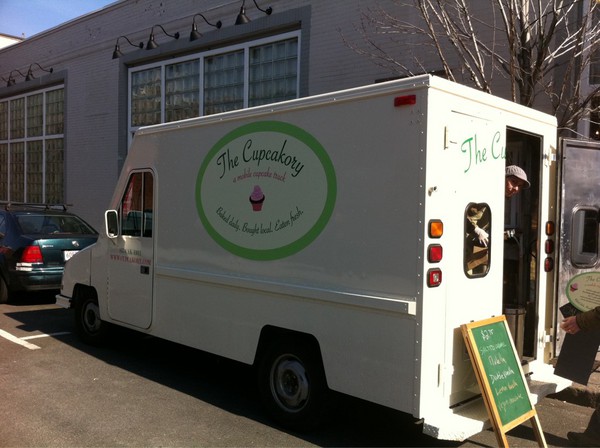 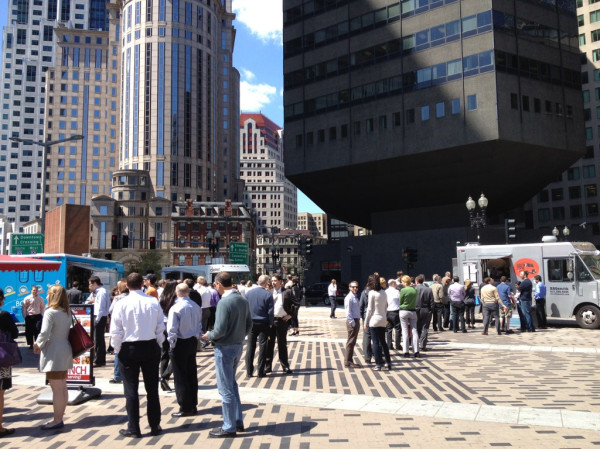 TOPICS: Boston, Dining Out, Family Fun, Food, Things to Do