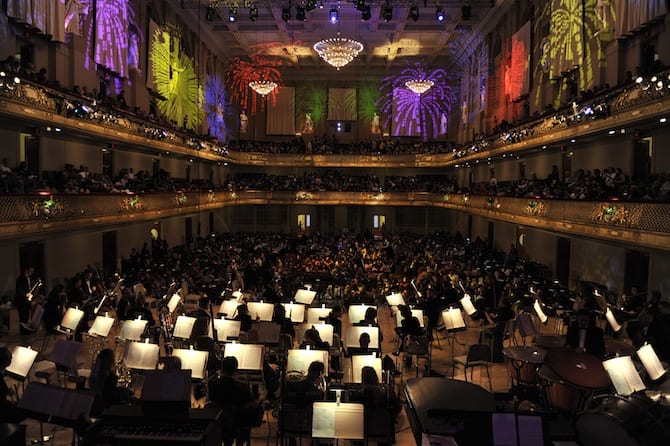 Posted by the Mass Office of Travel and Tourism (photo credit: Stu Rosner)

It’s May! A month where you can start planning for some promising weather, outdoor adventures, and, as we’ll bring to light today, for some spring seasonal good-listening, outdoor music fun!
With the upcoming celebration of Tanglewood’s 75th year, and an endless amount of uniquely talented local musicians performing in front of crowds of all sizes, at venues of all genres – Massachusetts is home to a very robust music scene.
And within this scene, there’s a treasured musical institution that has brought joy, tradition, and innovation annually for crowds upon crowds, at one of the world’s most acoustically memorable venues, Symphony Hall, Boston.
The Boston Pops. 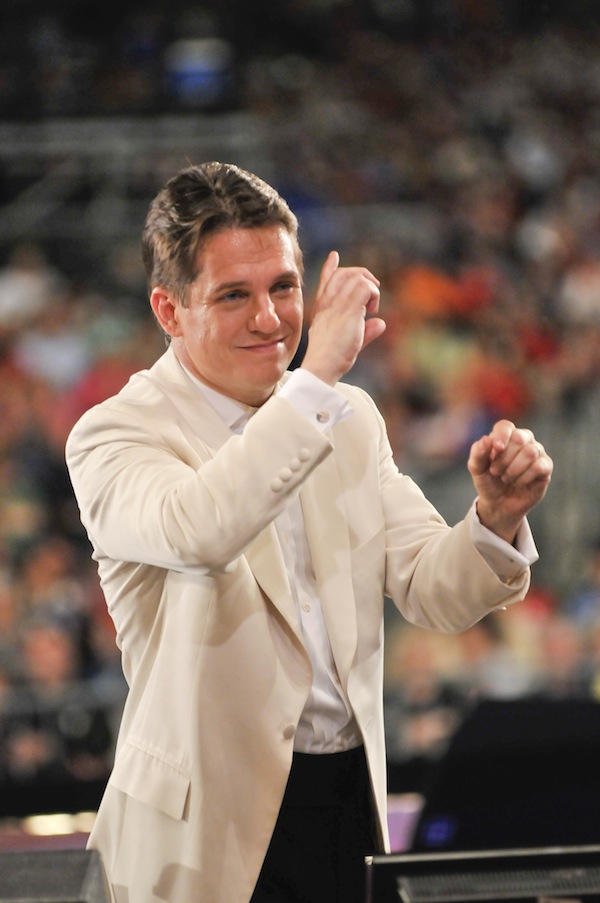 Conductor, Keith Lockhart and the Boston Pops are set to kick off their Spring Schedule with their upcoming Gala Opening Night performance that will feature Tony Award-winning vocalist, Bernadette Peters, on Wednesday, May 9th at 8:00 PM. And, as the Pops have compiled a stunning lineup of spring entertainment, and a seasonal theme titled, “Visions of America,” here on MassFinds, we’ve dubbed The Boston Pops Spring Schedule as our May “Find of the Month!”
Fortunately, and very graciously, we were able to have a brief digital chat with the Conductor himself, Mr. Keith Lockhart, about what to expect as the Pops head into their Spring Schedule!
With the Gala Opening Night performance set to kick off the season, patrons are in for a serious treat – as Lockhart would put it:
“Opening Night at Pops is one of my favorite nights of the year with the orchestra. Symphony Hall is specially decorated for the occasion and there’s this energy of anticipation in the air. The audience is in for a real treat with Bernadette Peters. I just love working with her, so I’m pleased to have her back this year. She has such a stunning stage presence and the audience really hangs on her every note.” – Keith Lockhart, Conductor, Boston Pops
The season’s theme, Visions of America, is set to capture what unites the spirit of the United States, the heart, the imagination, and the spirit of American musical traditions – all with the “Visions of America Photo-Symphony,” a multimedia display that will capture the portrait of American life with a collection of images set to the tunes of Roger Kellaway, and Alan and Marilyn Berman, while also featuring acclaimed vocalist Patti Austin, and the voice of Clint Eastwood.
With such a compelling theme, we asked Lockhart what he thought could potentially be the biggest takeaway for viewers:
“There is a lot of talent going into this production, with the fantastic images from photo-historian Joseph Sohm, these moving lyrics by Alan and Marilyn Bergman, music by Roger Kellaway, vocals from Patti Austin and Steve Tyrell on some nights, recorded narration from Clint Eastwood, and of course the talented musicians from the Boston Pops…
…I think audiences are really going to be impressed by the collaboration of all these artists. Something very special happens when so many creative people devote their energies to a project like this, and I’m sure this will shine through to the crowds.” – Keith Lockhart, Conductor, Boston Pops
For the common traveler, or a newbie to a live Boston Pops performance, what should you expect as an experience?
“One of the great things about Boston is that the city embraces its traditions, and the fact that we’re entering the 127th Boston Pops season is just one example of this. So, audience members can look forward to a great mix of both the classic, with tunes by American icons such as George Gershwin, Cole Porter, and Leonard Bernstein played throughout the season, and the modern with the multimedia Visions of America Photo-Symphony…
…One of the reasons I love the Pops, and I know audiences feel the same way, is that we don’t discriminate. It doesn’t matter if it was written by John Philip Sousa or the Dropkick Murphys, great music is great music. We’ll be playing tunes by both of those artists this season, by the way.” – Keith Lockhart, Conductor, Boston Pops
To sum it up, Lockhart left us with one last thought:
“The 2012 “Visions of America” season is about celebrating and paying tribute to great and diverse American musical traditions. You won’t want to miss it!” – Keith Lockhart, Conductor, Boston Pops
There you have it, folks, the 2012 Boston Pops Spring Schedule is set to kick off on Wednesday, May 9th, with their Gala Opening Night, and will continue with an array of must-see musical entertainment into the summer. And, we’d also be remiss if we didn’t mention the wonderful staff that is associated with the Boston Symphony Orchestra, and Symphony Hall – it must be noted that in conjunction with the well-orchestrated music of the Boston Pops, viewers are in for an absolutely memorable experience of hospitality.
For more information on the Boston Pops, please visit www.bso.org, and you can also find them on Facebook here, and follow them on Twitter at @BostonSymphony. You can also find Keith Lockhart on Facebook here, and on Twitter at @KeithLockhart.
http://youtu.be/TqNS8Lt6GeY