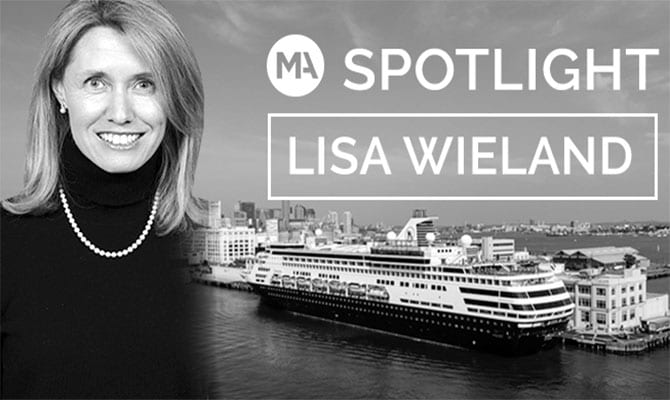 Lisa, tell us about your career and your duties as Massport’s Port Director.
I began my career working for CNN. After business school, I worked as a Consultant at Bain & Company. At Massport, I previously served as the Director of Corporate Planning and Analysis and the Director of HR Strategy and Employment. In my current role as Massport’s Port Director, I oversee our Maritime businesses including Flynn Cruiseport Boston. We operate the cruise terminal and market Boston as both a Homeport and a Port of Call to the cruise lines, travel agents and the traveling public.

Boston has become a popular cruise destination, with 151 ships carrying a record 389,617 passengers in 2018.  Why are cruise ship passengers choosing Boston these days?
For New Englanders, Boston is a convenient, cost-effective way to cruise and offers homeport itineraries to great destinations like Bermuda, the Caribbean and sailings along the New England-Canadian coast. With all of Logan Airport’s non-stop international and domestic flights, Boston is also easily accessible for people outside the region to fly in and take a cruise, particularly for those travelers who want to cruise Canada-New England to see the fall foliage. Boston is also great destination for Port of Call passengers because the City and the Commonwealth provide opportunities to experience our rich history, renowned universities, vibrant culinary scene, championship sports teams and innovation centers. 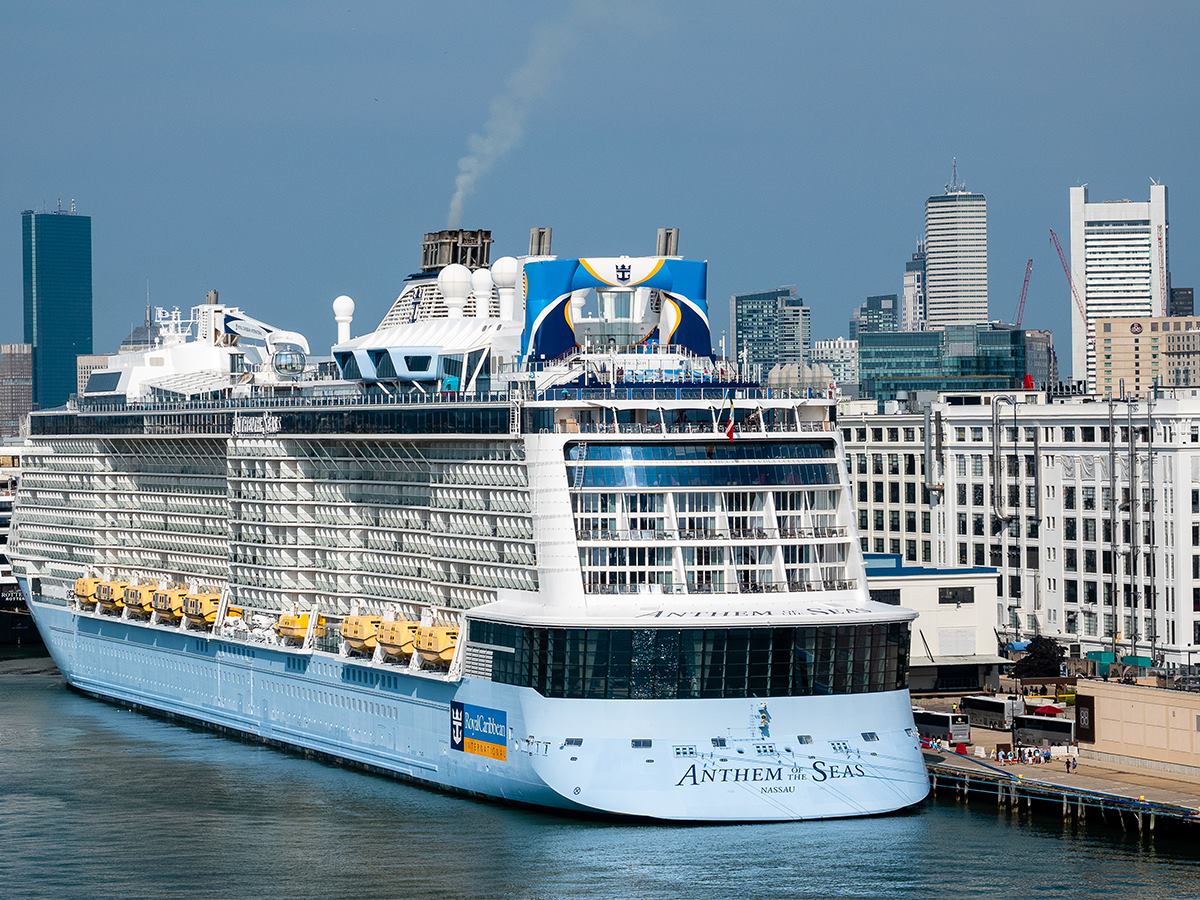 It sounds like Flynn Cruiseport will continue to flourish, thanks to a new round of capital improvements Massport recently approved.  What are some of the improvements?
The building housing our cruise terminal is a converted army base that is more than one hundred years old. Over the past few years, we have invested to enhance the aesthetics of Flynn Cruiseport Boston and to improve ground transportation access in the area to create a more welcoming environment for our visitors. But in order to homeport larger cruise ships and attract more business, we need to upgrade and expand the current facility. Massport is working on a $100 million project to renovate and modernize Flynn Cruiseport Boston to create a second homeport terminal within the building, upgrade the existing terminal to handle 4,000+ passenger ships, and implement various environmental initiatives.

How does the maritime industry impact the Massachusetts economy?
The Port of Boston is a significant economic engine for the Commonwealth and for the region, generating more than $4.6 billion in annual economic impact and generating more than 50,000 jobs, including 7,000 direct jobs, many of which are well-paying blue collar jobs that can support families. Five years ago, Massport embarked on a strategy to revitalize the Working Port of Boston by investing more than $850 million to ensure the viability of maritime businesses and sustain the jobs. Those investments are paying off; we are experiencing record growth at Conley Terminal, at Flynn Cruiseport Boston and seeing growth in seafood processing and at the Autoport in Charlestown. The cruise business is an important part of the visitor economy in Massachusetts and in order to sustain the jobs and economic impact, we need to invest to modernize the cruise terminal. 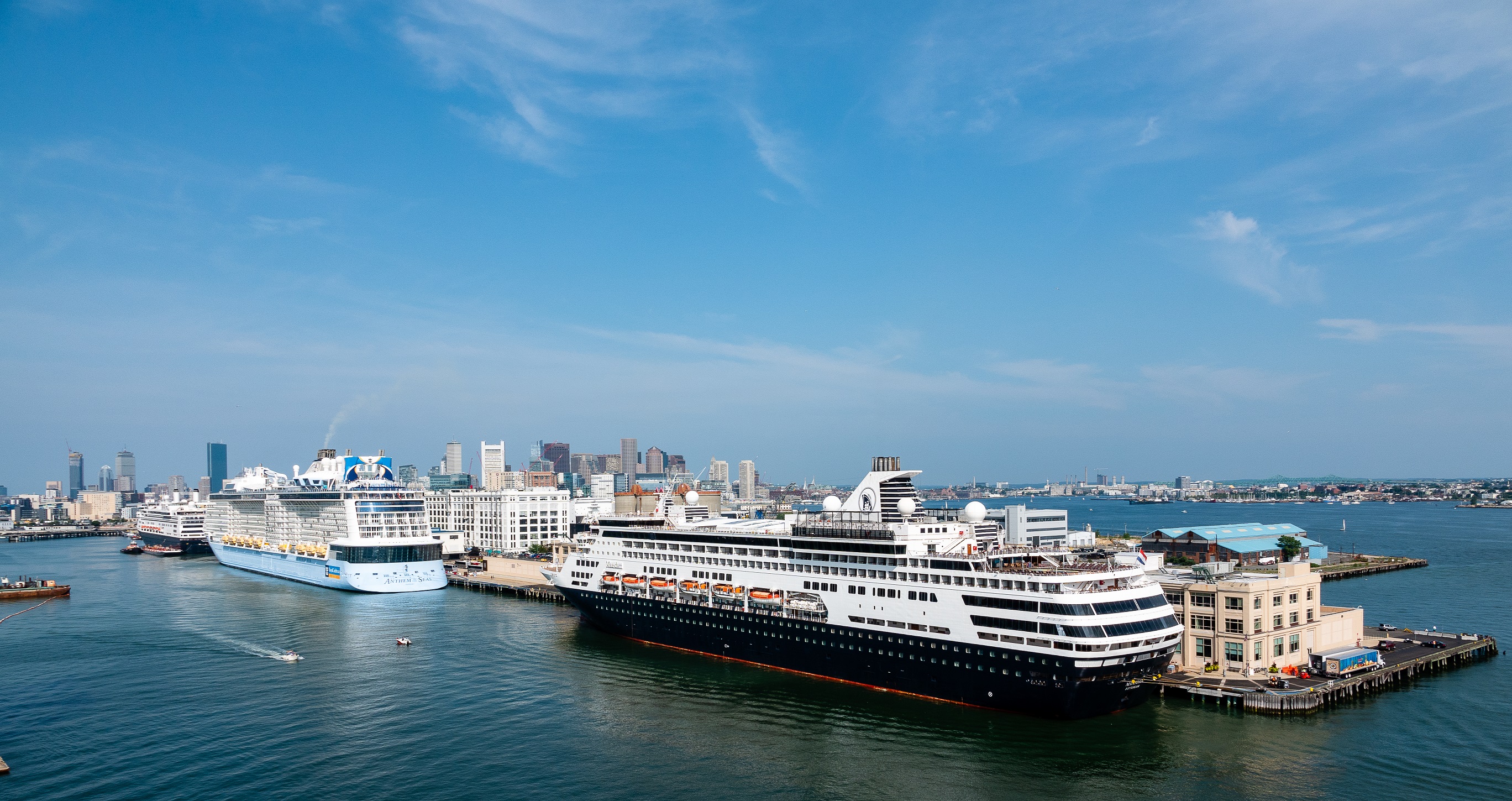