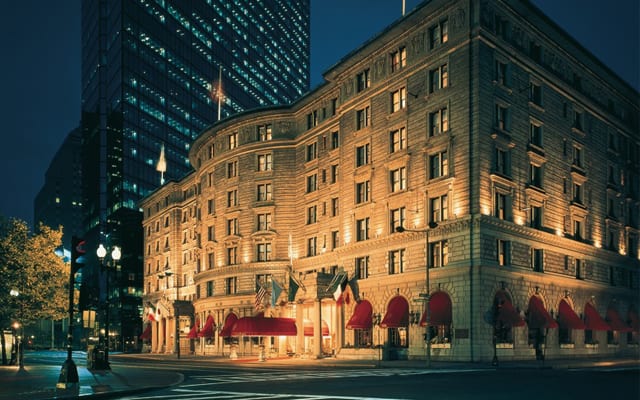 It’s fun to look back at how things have changed over the span of one hundred years; specifically, when thinking about the hospitality industry, we’ve seen major advancements in technology, modernization, and a new standard of luxury that often amazes, but it is still heartening to look back on some of the historical value that our local landmarks boast.
Among the many anniversaries that Massachusetts is celebrating in 2012, we have ourselves an architectural jewel located in the heart of Copley Square that is celebrating its centennial with one hundred days of festivities leading up to its anniversary on August 19th, 2012 – The Fairmont Copley Plaza.
Focusing in on the thought of advancement over one hundred years, here’s what we mean:
Fairmont Copley Plaza Guestroom – year 1912 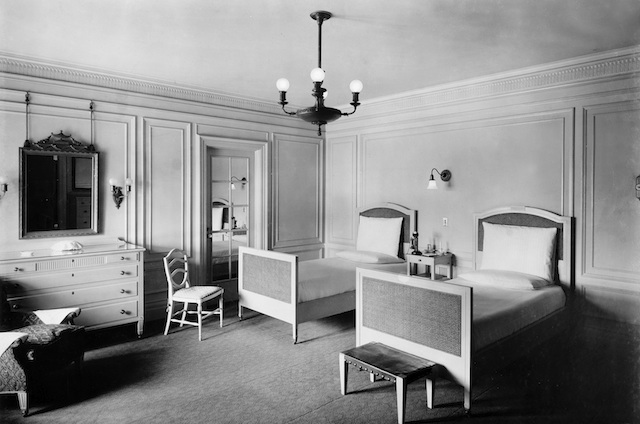 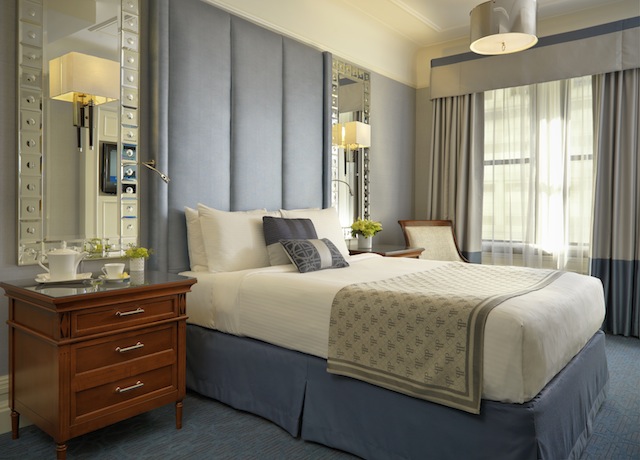 So, how does one celebrate the 100th birthday of a local destination? Simply by becoming a part of the historical tribute!
The good folks at The Fairmont Copley Plaza are on the hunt for classic pieces of there own hotel memorabilia that have become personal treasures and wonderful memories for patrons all across New England. From silver and china, to historic photographs, pieces of art, and menus – perhaps, it was a small souvenir that you collected, and it happens to be sitting in your basement or attic. The Fairmont Copley Plaza is seeking to build a memorabilia display as part of their historical tours.
It goes without saying that each piece of memorabilia that has been saved over the years must have a fun and memorable story attached to it, and the folks at The Fairmont Copley Plaza would love to hear it. For more information on the memorabilia search, please email: [email protected]
In addition, The Fairmont Copley Plaza has launched a hotel package that calls upon the wonderfully lavish wedding and honeymoon celebrations that they have hosted over the course of their history. The Anniversary Package invites couples back to enjoy their own anniversary at their original room rate; for example, a couple that spent their honeymoon at The Copley Plaza in 1947 would have paid a rate of $7 per night – the approximate cost per night in 1947. With a minimum two-night stay, when patrons present the original folio, they can enjoy one night at the original rate paid and the second night at the hotel’s best available rate.
There you have it, Massachusetts and friends, join in on the celebration – maybe a small treasure hunt, maybe a few shared stories, and maybe relive that romantic night that you shared within the last one hundred years. It’s an exciting time for Massachusetts’ destinations, and you’re invited to be part of it.
For a full schedule of The Fairmont Copley Plaza’s centennial activities, click here, and make sure to stay up-to-date with their Facebook and Twitter pages.
For a complete listing of Massachusetts’ 2012 anniversaries, click here, and stay tuned for much more anniversary-themed content right here on MassFinds!