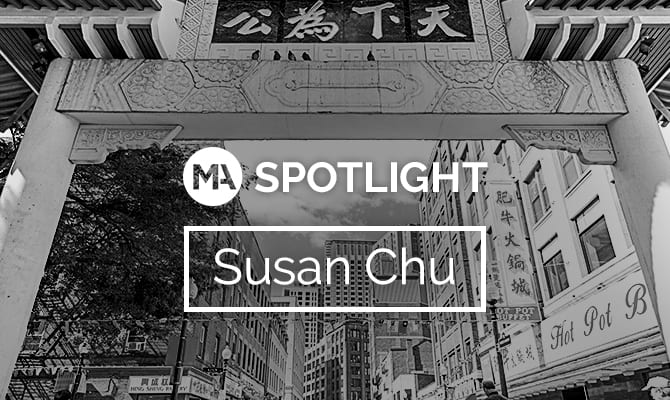 Susan Chu 朱蘇珊 is English Secretary of the Chinese Consolidated Benevolent Association of New England (CCBA),  a group that promotes Chinese culture and traditions year round in the region.  We spoke to Susan about the Association’s popular Lion Dance Parade taking place on February 25 to celebrate Lunar New Year and other activities in Boston’s Asian community. The Lion Dance Parade takes place in Chinatown this year on Sunday, February 25, 2018 from 10am – 4pm; the Main Stage is located in Phillips Square by the corner of Harrison Avenue and Beach Street.  The CCBA also has a Culture Village from 11am – 2pm a few blocks away at 90 Tyler Street. 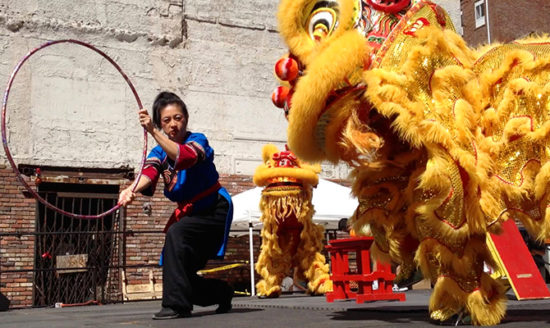 Tell us about the parade and the significance of the Lion Dance in Chinese culture.
The Lion Dance Parade has been an annual event in Chinatown for as long as I remember.  It celebrates the most important Chinese holiday, the New Year.

Historically, the Chinese calendar was based upon the lunar cycle, and the New Year signified the beginning of the new planting cycle for agriculture.  To get ready for the New Year, households do extensive cleaning the week before to clear out any bad luck and to prepare for a fresh start.  As with most Chinese holidays, the New Year has a heavy emphasis on family.
The Lion Dance is performed for good luck as the lion is an auspicious animal in Chinese culture.  During the parade, you will notice many businesses in Chinatown putting oranges and heads of lettuce in their storefronts to welcome lion dancers to their business for the luck and good fortune the lions bring.

What other activities can visitors expect at this event?
In addition to the parade, which starts in Phillips Square near the intersection of Harrison Avenue and Beach Street, we’ll also have martial arts performances on the main stage in Phillips Square.  At CCBA’s office at 90 Tyler Street, we have a Culture Village featuring calligraphy, origami and other crafts. 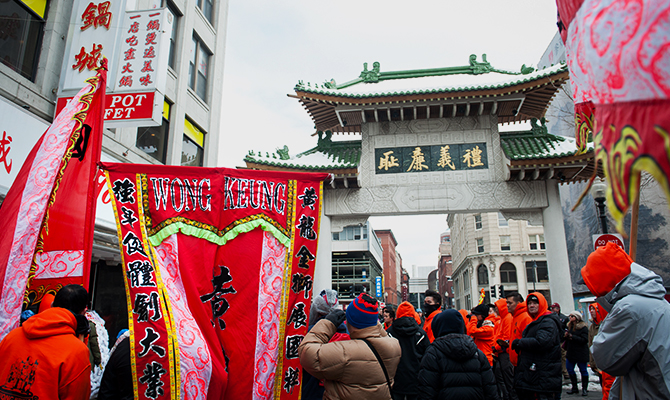 Chinatown Gates in Boston during a Lunar New Year celebration

Where do you find these elaborate and colorful costumes?  Also, since 2018 is the Year of the Dog, does the  pageantry reflect the dog this year?
Many of the costumes are special ordered and imported from Southern China or Hong Kong.  The Chinese zodiac animal associated with the New Year does not really affect the rituals surrounding the New Year, but more so reflect on the characteristics of the year as well as the fortune the Year of the Dog brings, which is based on one’s own zodiac birth year.

In addition to the Lion Dance Parade, what are some of CCBA’s activities throughout the year?
CCBA hosts a New Year Banquet each year as well as Chinatown’s August Moon Festival in the summer.  The CCBA is also involved in various Chinatown initiatives, such as Chinatown’s Crime Watch group, and works overall toward the betterment of the Chinatown community.  For example, last year we contributed over $80,000 for the installation of security cameras throughout Chinatown. 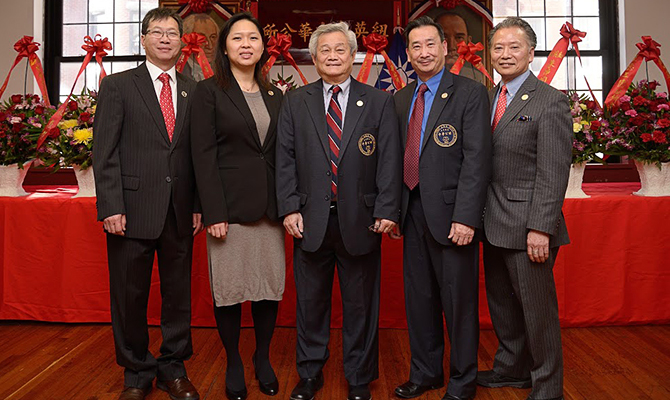 Chinatowns are popular destinations with visitors all across the world.  Can you tell us what make’s Boston’s Chinatown special and distinct?
Boston’s Chinatown is one of the few remaining Chinatowns in the US that is still heavily populated and frequented by Chinese people.  It contains primarily Chinese-owned businesses as well as many cultural, educational and political groups.  Most of the food establishments continue to serve authentic Chinese food.  Unfortunately, the character of the neighborhood is starting to change and the footprint of the community is starting to shrink particularly as living in the city becomes more expensive.  Chinatown is very tourist friendly, and part of the goal behind events such as the Lion Dance Parade is to attract people of other backgrounds to the area and show them what Chinatown has to offer.